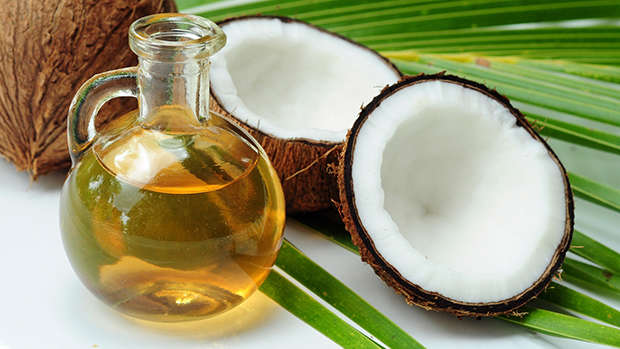 Coconut oil has become super popular amongst health fanatics. We use it as a skin moisturiser, hair conditioner, coffee creamer, and as a substitute for butter substitute - but a new study has found that coconut oil may not be healthy after all.

In a recent advisory by the American Heart Association (AHA), studies have shown that coconut oil is 82 percent saturated fat and raises "bad" cholesterol levels just as much as butter, beef fat, or palm oil.

"I just don't know" who is pushing the idea that coconut oil is healthy, Frank Sacks, the report's lead author and a heart disease specialist at Harvard School of Public Health, said in a statement.

The study found strong evidence that coconut oil increases LDL cholesterol, which is the main cause of atherosclerosis (the hardening and clogging of arteries that leads to heart attacks, strokes, and other cardiovascular diseases).

Researchers also found that replacing saturated fat with healthier oils (such as canola, soybean, peanut, safflower, and sunflower oils) can lower the risk of heart disease.

“This recommended shift from saturated to unsaturated fats should occur simultaneously in an overall healthful dietary pattern,” Sacks wrote.

American Heart Association added, “We advise against the use of coconut oil.”

One benefit the study did point out about coconut oil is that it’s a holy grail for hair and skin care.

Sacks said, “You can put it on your body, but don’t put it in your body.”