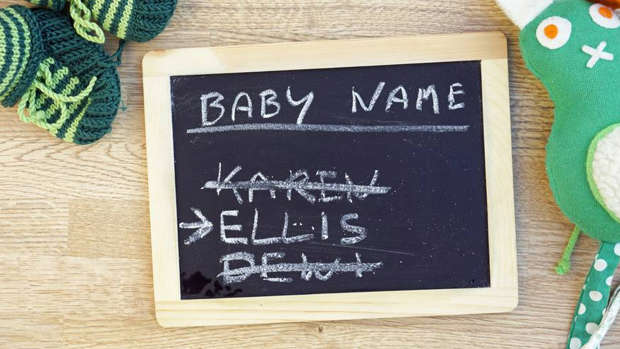 Oliver and Olivia are the most popular baby names in New Zealand - for the second year in a row - but some parents prefer to opt for something a little more unique.

However, in the quest to make sure their offspring don't go to school with 10 other children with the same name, some overeager parents go a little too far.

People have taken to Mumsnet to share the most hair-raising names they've ever heard, prompted by a mother who heard a woman shouting to her daughter Beige in the supermarket.

Others were quick to share their worst examples, including Venezuela, a mispelled Pocahontus and a boy called Raspberry.

A woman thought a fellow parents was using a nickname when she called her child Bubbles on the school run, but it was apparently the youngster's actual name.

Beige rage: A woman prompted a furious discussion when she revealed she'd heard a mother calling her child the unusual name in the supermarket. If your favourite name summons up memories of a dodgy suburban nightclub it's probably best avoided. Bambi, Rowdy and Huxley could potentially form some kind of girl band.

You would probably opt for an abbreviation too if your parents called you dolphin.

If you think having one unusual name is bad enough, you certainly don't want 15 of them.

One mother begged others not to be unkind about other people's choice of name.

Note to parents: Pokemon is not an ideal source of inspiration when naming a child.

And if your choice of name is evocative of a shampoo brand, it might be best to avoid.

If you're opting for a name from another country, make sure your surname isn't Smith.

Since it was good enough for Gwyneth - Ms Paltrow called her daughter Apple - why not name your son Raspberry?