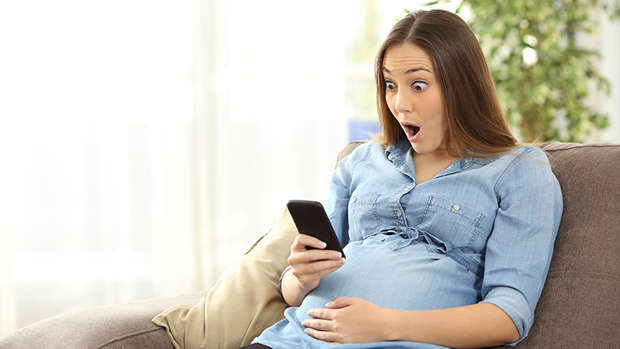 They say it's unwise to mess with a pregnant woman, but it seems some people still don't know when to keep their thoughts to themselves.

Women subjected to rude comments while they were expecting have taken to the parenting forum Mumsnet to share the most inappropriate examples - from their bump being described as 'huge', to warnings that natural childbirth was a one-way ticket to a divorce.

One user recalled her boss advising her: "Make sure you don't have a vaginal birth or your husband will leave you - and with good reason!"

Another user said that her mother-in-law was not impressed by the quality of her scan and pulled out the her sister-in-law's scan for comparison - pointing out how "wonderful" it was, reports Daily Mail.

The debate kicked off when one mum told fellow users how shocked she was by the type of snide remarks that friends and even family members made during her pregnancy. She wrote how her mother-in-law said that her second baby would have so much more room to stretch out - making her feel self conscious about her size. Then at work her friend, who is nurse, said that she already knew she was pregnant by the size of her and that she could tell that she was having a boy because of her "really wide hips".

Another was left baffled when a friend had said she was "the same size front on as sideways".

The woman that started the post, who was only 11 weeks pregnant, opened the flood gates for shocking and in some cases, and said that she was sure there would be plenty more of these type of comments to come.