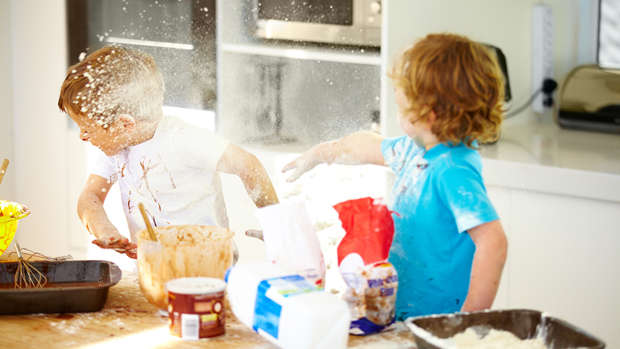 No, it's not just you, it turns out second-born children really are more of a handful than your eldest - and there is a scientific reason why.

According to a study from the Massachusetts Institute of Technology, second-borns children, especially boys, are more likely to be little monsters and get in trouble than the first-born.

Researchers looked at sets of data involving tens of thousands of brothers across Denmark and Florida and found that second-born sons are not only more likely to face disciplinary actions, truancy at school and juvenile delinquency, but even adult crime and imprisonment.

"We find that second-born boys are substantially more likely to exhibit delinquency problems compared to their older sibling," the authors of the study revealed.

"In families with two or more children, second-born boys are on the order of 20 to 40 per cent more likely to be disciplined in school and enter the criminal justice system compared to first-born boys."

While researchers have previously suggested that first-born children have higher IQs, perform better in school and earn more money, this new report is among the first major studies to make a compelling case that second-born children are more at risk to become troublemakers.

The study suggests this may be caused by a number of factors, including the second child's need to compete for attention, and the presence of such a young role model in the second-born child's life.

Parents are also often more invested in their first-born’s upbringing. Once a family’s second child arrives, parents tend to be less vigilant.

Although not every family will have a troublemaker as their second child, the report suggests that keeping an eye on their children could be beneficial overall.

It may also answer the question many parents secretly ask: "why can't you be more like your older brother?"