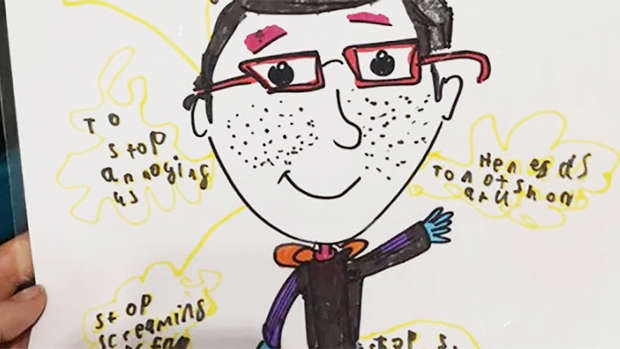 A child with special needs was forced by his teacher to make a poster listing the reasons why the other kids didn't like him.

After 10-year-old Caien Powell from the UK confided in his teacher about being bullied by his classmates, the teacher instructed him to sit and listen to their reasons why.

Powell was then instructed to make a poster out of all the reasons why he annoyed his classmates so much, which was then displayed on the classroom wall for the remainder of the school term.

The poster features a self-portrait of Powell with a thought-bubble on the side of his head asking: "How can I get the other children to like me?" Powell says he was told by his classmates to "be happy, not sad", "stop shouting" and "stop annoying us".

Powell has been diagnosed with ADHD and is listed on the UK Special Education Needs Register.

His dad Damian Lightoller, told The Observer that he was stunned when his son told him about the poster he was forced to make after asking for help with the bullies.

According to Lightoller, his son tried to ask for help in a situation that was causing him extreme stress but was let down by his teacher.

"My son sought help from a teacher, and rather than discipline the other children for bullying, (the mentor) blamed the victim and said, 'Well, you need to not do this, this, this and this'," he said.

After complaining to the school, a "furious, upset and hurt" Lightoller claimed the school's principal described the session as "restorative justice".