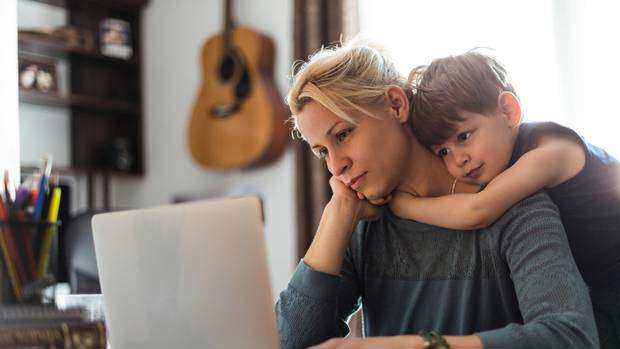 A stay-at-home mum has been slammed for asking her husband to pay her a monthly "salary".

The American mum took to Reddit to share her frustrations over having "no power" over their finances since the birth of their child 18 months ago.

"My husband earns good money but he's very frugal about non-essential spending because he wants to be financially independent (no job, earnings from investments) at an early age," she wrote.

"Granted he was like this when I met him but I also had my own salary at the time to do what I wanted."

She went on to explain that now that their child is 3 years old, she'd like to have some of her own money for "eating out, going out with friends and going shopping," and that it's "extremely restrictive and quite frankly humiliating" having to ask her husband's permission to buy things.

"If I go out to get clothing, makeup, brunch, little treats etc, and the amount exceeds ($220), I would need to call him beforehand and talk about what I'm buying," she wrote.

The mum then revealed she got the "salary" idea from her sister who is also a stay-at-home mum.

"I've been talking to my sister who's also a stay-at-home mum and she says her and her husband have an agreement where she's 'paid' for childcare/home-keeping."

"Essentially she gets 'paid' a few thousand every month to spend on whatever she wants."

She added: "Right now she says she gets about ($5000) a month because that's how much it would cost them to hire an outside nanny where they live.

"Would I be the a***** to suggest a similar arrangement with my husband so I don't need to go grovelling for money every time I want to buy myself something non-essential?" she asked.

Some readers agreed she should be entitled to some sort of salary for being a stay-at-home mum.

"She's sacrificing too: job prospects, independence, security, personal retirement, so he can have the life he wants," wrote one user.

"Having conversations about those purchases is reasonable, but it sounds like she essentially has to ask permission, which clearly gives the relationship an uneven power dynamic," wrote another.

Others slammed her for being greedy.

"I think more than anything, that's too much to ask for. You're basically asking for a stay-at-home nanny's entire salary as play money. That's absurd unless you're very wealthy," one user wrote.