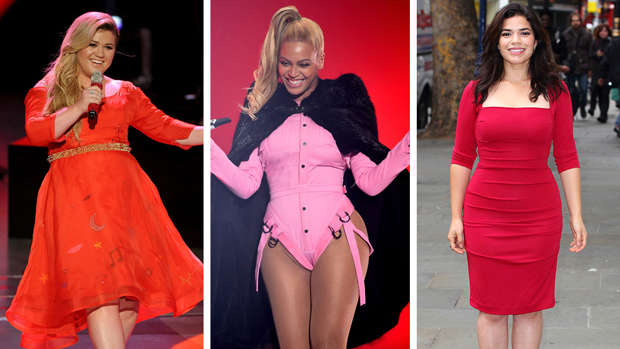 If you find yourself asking "does my bum look big in this", it could be good for your health.

A study has found thin people may lower their risk of heart attack, stroke and diabetes by carrying a few extra pounds on their hips and thighs, the Daily Mail reports.

One in five people of normal weight, who are "metabolically unhealthy", can have an even higher risk than some fat people for the killer diseases.

But those who are pear-shaped tend to escape this group, as the bottom and thighs are safer places to store fat on the body.

A German study suggests the old warning "a moment on the lips, a lifetime on the hips" is almost true.

Fat might not spend a lifetime on the hips, but it is stored there for months, which is better than belly fat – released around two hours after a meal.

It means the fat is not transported to the heart and liver, where it can lead to high blood pressure, high blood sugar and a greater risk of illness in later life.

The study's lead author, Dr Norbert Stefan, from the University of Tübingen, said: "It is better for people of normal weight to be pear-shaped rather than apple-shaped, so that weight is carried on the bottom half of their body rather than around the middle.

"The hips and thighs offer 'safe storage' for fat, stopping it from getting into the blood and reaching the organs."

Many thin people with a normal body mass index (BMI) believe they are healthy simply because they are not overweight.

But for an unlucky one in five of this group, the risk of death and cardiovascular disease is more than three-fold higher. Despite their normal body size, this can put them in greater danger than some obese people.

These are the "metabolically unhealthy" people who often suffer from high blood pressure, high blood sugar or high levels of lipids – a type of fat which makes its way into the blood.

What did they find?

The researchers found those with bigger thighs and hips could be protecting themselves from diabetes and heart problem, however.

Looking at 981 people with a high risk of type 2 diabetes and cardiovascular disease, they found those with smaller hips and thighs were at greater risk. This was based on MRI scans of fat distribution around the body and fitness checks.

Dr Stefan said: "Fat in the hips and thighs is largely different from fat in the abdomen, called visceral fat. In pear-shaped people, these areas work like a sponge, with fat stored in fat cells where it cannot do much harm."

Leg fat could be beneficial

The study, published in the journal Cell Metabolism, suggests that putting on hip and leg fat could even be beneficial for some thin people with diabetes or heart problems.

Drugs called thiazoldinediones are currently prescribed to achieve this in people with type 2 diabetes.

The study suggests that being pear-shaped is better for lean people, while in overweight people it does little to help. The fat levels in their internal organs may already be too high for this to offer extra protection.

It concludes: "Genetic analyses suggest that metabolic risk appears to be determined by different pathways in normal weight and obese subjects."