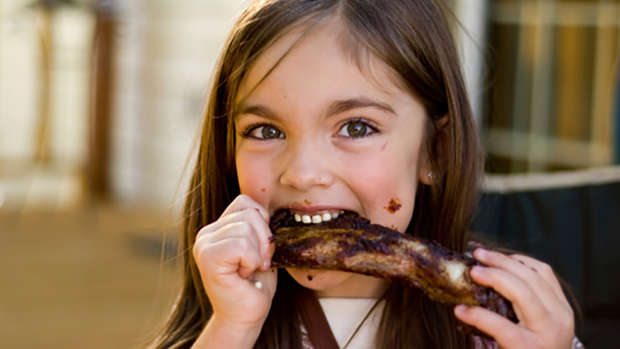 It has long been thought that vegetarians are all-round healthier than meat eaters.

But it turns out living on a meat-free diet is actually making people more miserable.

According to a new study, vegetarians are twice as likely to suffer from depression.

Bristol University examined 10,000 men and found that those who gave up meat were more likely to develop depression due to vitamin and mineral deficiencies.

Vegetarians’ tended to have a vitamin B12 deficiency - which plays an important role in affecting an individual’s mood.

“Other potential factors include high blood levels of phytoestrogens – consequent mainly on diets rich in vegetables and soya,” the report says.

“Another potential contributing factor is that lower intakes of seafood are thought to be associated with greater risk of depressive symptoms.”

The study also discovered that participants who had been vegetarian for longer had higher depression scores.