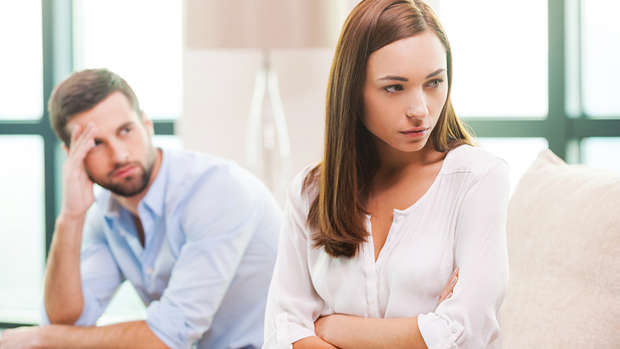 Cheating on a partner is never going to make you popular when the truth comes out.

But men who betray their wives can expect to get less of the blame than the woman they cheat with.

A study has found that when a woman cheats on her husband, he blames her for the infidelity, the Daily Mail reports.

But if a man cheats on his wife, she will be more angry at the other woman than she is at him.

Women are more distressed by adulterous messages sent by a rival to their partner than anything the man has done.

Emotional cheating also upsets them more than actual sex, which men regard as the worst betrayal, the study by Cardiff Metropolitan University found.

Researchers said the findings may be explained by our caveman past. Lead author Dr Michael Dunn, an evolutionary scientist and lecturer at Cardiff’s school of health sciences, said: "One explanation may be that women, because they are the choosier sex and bring up the children, are seen as the most important sex for childbearing.

"This is why they may be blamed for a relationship breaking down, by men or women, whether they are inside or outside of that relationship." Researchers asked 21 men and 23 women to look at eight messages on Facebook detailing different cheating situations.

They were then asked to rate their response to the message, on a distress scale of one to ten, as if they involved their partner.

Examples included "You must be my soulmate! Feel so bloody connected to you, even though we haven’t slept together" and "You must be the best one-night stand I’ve ever had".

Who the reader blamed for the situation was judged by whether they were more unhappy about messages sent or received by their partner.

The results showed that women were far more upset by messages sent to their partner. But men were more unhappy with the actions of their partner than the person they cheated with.

Dr Dunn said: "Another potential reason is that if an important goal of jealousy is to prevent the occurrence or re-occurrence of a partner’s infidelity then it would be easier, especially during our evolutionary past, to change the behaviour of the physically weaker sex, i.e the female’s behaviour."

The study, in the journal Evolutionary Psychological Science, also showed that men rated their distress higher when the infidelity was sexual, while women showed more distress at emotional infidelity.

This may be because in the past it was very difficult for a woman to raise a child on her own. She needed to secure scarce resources from a man, which – if he became emotionally committed to someone else – she would lose.

But for men, the worst thing in our evolutionary history would have been to bring up another man’s child, which would explain the fear of sexual infidelity.