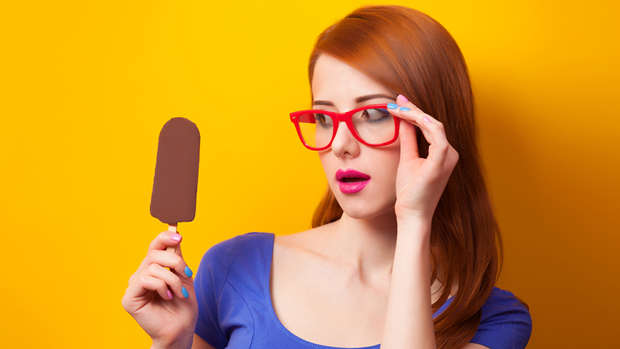 We're taught many useful things at school, from mathematics to literacy - but somehow, these fascinating food facts are left off the curriculum, the Daily Mail report.

Who knew, for example, that strawberries are related to the rose family, and that oysters are often still alive when we eat them?

These are just some of the surprising things you never knew about everyday foods, from cashew nuts to ice cream - and it will make you see some of your favourite treats in a whole new light.

Oysters notoriously go off very quickly. To serve them as fresh as possible to avoid giving diners food poisoning, restaurants try to source its shellfish on the same day.

That means that by the time the oyster reaches your mouth, it may only have been out of the ocean for mere hours - and that means it's probably breathing.

Strawberries, despite their name, are not in fact berries.

And neither are raspberries or blackberries for that matter.

In fact, strawberries - along with apples, pears, apricots, cherries and peaches - are actually members of the rose family.

If you've ever tucked into an ice cream, it's most likely contained seaweed.

Agar, or agar agar, is a common thickening agent and comes from red algae.

Almonds are not technically a nut. In fact, almonds in their raw and unroasted form, are a tree seed.

And yes, they will grow into a tree if you plant one in the ground.

Just don't eat them in their raw state as they can carry harmful bacteria. Raw almonds that you can buy in packets have usually been heat-treated first to eliminate the bacteria.

Do you know how cashew nuts grow?

Not from the ground, and not directly on trees - but on the tops of apples.

Which colour capsicum do you usually buy - red, yellow or green?

A green pepper is the least ripe (which is why it's most people's least favourite), yellow is in the middle and red is the ripest - and therefore the sweetest.

The clue is in the name as to what colour an orange is.

But did you know you can also get green oranges?

In fact, oranges begin their lives green when they start growing in the hot summer and only turn orange when the weather begins to cool in the autumn - much like how leaves turn orange at this time of year too.

But in tropical climates where it's hot all year round, oranges retain their green skin.

If you're allergic to peanuts, you might say you have a nut allergy.

But in fact, they're not nuts at all, but legumes - and therefore are related to peas and lentils.

Lemons and limes - some people think they're pretty interchangeable.

But actually, these citrus fruits differ from each other greatly and not only in taste.

If you put slices of lemons and limes in water, the lemons will rise to the surface while the limes will sink.

Lemons have the same density as water and are filled with air pockets, which makes them float. Limes, however, are denser than water so they naturally sink.

Did you know the pretzel is, in fact, a religious food?

The story goes that a monk created the knotted bread to look like a pair of arms crossed in prayer.