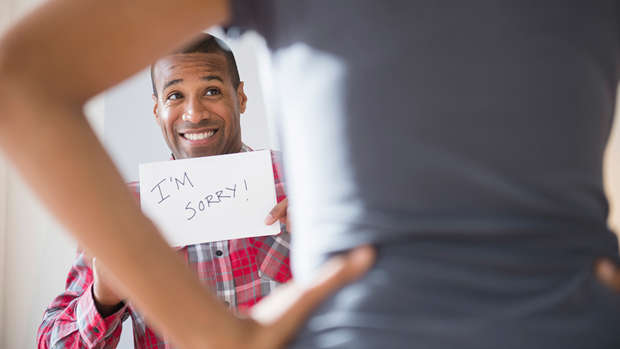 Paul Simon famously said there must be 50 ways to leave your lover. But, happily, it seems there are at least 21 ways to hold a relationship together.

Scientific research has revealed the myriad strategies men and women use to settle a tiff - and the gender differences are huge.

While men might offer sexual favours or buy flowers, women are more likely to turn on the waterworks or bake their partner a cake.

Females are also more inclined to talk through a problem to try to resolve it.

Failing that, though, they may resort to sulking or ignoring their partner altogether, the Daily Mail reports.

Males, in the meantime, might try to end the row by injecting a touch of humour - or simply suggest a drink.

For the study, reported in the journal Evolutionary Psychological Science, researchers carried out two separate experiments.

In the first, men and women were asked to describe tactics they used to reconcile with a romantic partner after a spat.

In the second, they rated each of the 21 acts they came up with based on how effective they thought they would be.

Women rated kissing, hugging, and cooking a meal for a lover as best ways of making amends after a row.

They also considered crying, getting a friend involved and sending a letter as good strategies in winning back their other half.

For men, the most popular strategy was listed as giving flowers or other gifts.

They also opted for compliments and doing the housework, "giving in" and "saying yes to anything". They also rated offering sex or taking the blame as good ways to end a row.

"Interestingly, women rated crying as more effective than did men... Women may view male partners who cry after conflict as men who are in touch with their emotions."

They added: "Women also rated apologising as more effective than did men."

It comes after a recent survey of 5,000 Britons by the charity Relate found a quarter of them were in 'distressed' relationships.

But 57 per cent said they were in a "completely" or "almost completely" rewarding relationship.

Gurpreet Singh, of Relate, said: "The report from the US gives credence to the theory that men and women have evolved differently over time, and that men have a hunter gathering attitude towards their relationship, while women are more emotionally driven."