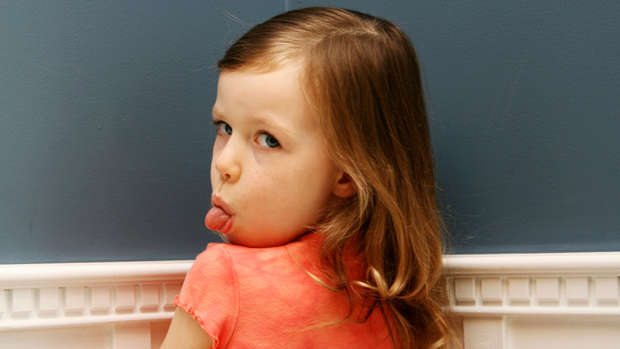 Nobody wants to spoil their child, but some parents will do whatever it takes to appease their little one.

However according to a family therapist, threatening to punish your child for their bad behaviour, and then failing to follow through by taking action, is exactly what creates a spoiled brat.

Hal Runkel, the author of new book Scream Free Parenting, explains that not insisting your child face the consequences of their actions is the single biggest mistake a parent can make when it comes to raising offspring.

According to the Daily Mail, Hal also believes that not letting your children figure out how the world works for themselves is a mistake.

"What spoils kids is not letting them taste the natural consequences of their mistakes," he told Business Insider.

"When we give them the impression that their choices don't have natural, logical consequences and we rescue them from those - when we say, 'Hey, you do that one more time, I'm going to take that thing away,' and then we don't take that thing away - that's actually what spoils kids." As an example, he explains that words of warning are just empty threats.

Do not tell a child "if you do that one more time", and threaten them with punishment for repeating a wrongdoing.

Instead, immediately take action to send a clear message that will deter your child from behaving this way.

Hal says: "If you're not in control, you cannot be in charge".

According to Hal, if your child hits their sibling with a toy and you threaten to take it away if they hit them "one more time", your words will go over their head.

By doing this, he explains, you're sending a message that they can get away with whatever behaviour they want.

Instead, he argues that you should immediately take the toy they are using to hit their sibling with away from them, which will send a clear message and put them off doing it again.

He also believes that it's essential to prepare your children for life without parents.

One of the main ways parents can do this, he says, is to leave them to set their own alarm to wake up for school rather than waking them up yourself.

Summarising his views in his book, he concludes: "Parenting is not about kids, it's about parents.

"If you're not in control, then you cannot be in charge.

"By staying calm and connected with your kids, you begin to operate less out of your deepest fears and more out of your highest principles, revolutionising your relationships in the process."