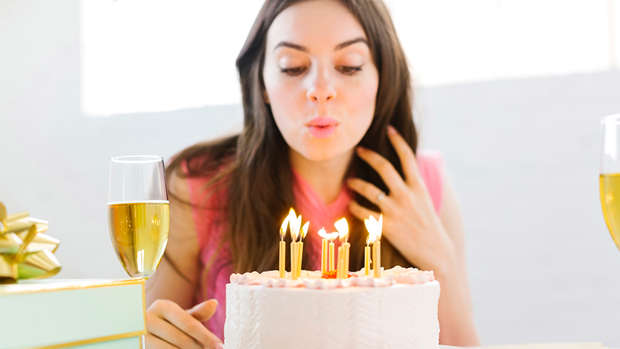 For those who will jump for a slice of birthday cake, you might want to think twice.

New data show that the ritual of blowing out the candles leaves the dessert ridden with bacteria, according to the Daily Mail.

A team of researchers at Clemson University in South Carolina found that the saliva spread from blowing out birthday candles increases bacteria in the icing by 1,400 percent.

Dr Paul Dawson, a professor at the university, conducted the study with a group of his undergraduate students to get them thinking about food safety.

He normally looks into things like the five-second rule or the risk of sharing food, but said he got the idea for this study from his own experience as a father.

"I got the idea actually from my daughter in a casual dinner conversation when I was explaining the project to her," he told Daily Mail Online.

The research team put frosting on a piece of foil atop a cake-shaped Styrofoam wheel, which they stuck candles in.

Before blowing out the candles, they all ate pizza, to "simulate a birthday party," and "help the salivary glands get going."

They then lit the candles and blew them out.

To count bacteria, the team diluted the frosting with sterilized water and then spread it out on agar plates for the bacteria to grow.

Each of the colonies on the agar represented a single bacteria cell from the frosting.

The team of researchers found that there was a lot of bacteria, but more surprisingly, that each blow resulted in different types of bacteria.

On average, blowing out the candles caused the frosting to grow 14 times as much bacteria.

However, in one case, it was increased by more than 120 times, suggesting certain people transfer more bacteria than others.

"In my opinion, you're fine to eat a birthday cake if someone blew out the candles," he explained. "I don't think you'd get sick."

Human mouths are full of bacteria, and most of them are not harmful.

Additionally, if blowing out candles on a birthday cake actually caused the spread of deadly diseases it would be obvious because of how common the practice is, especially in children.

Dr Dawson said he might avoid the cake if he thought the candle-blower looked sick, but otherwise thought it was probably fine.

This is not the first time he's done studies like this.

In 2015, he shared a controversial article for anyone who likes to double dip their chips, saying that doing it is not only socially unacceptable but could risk the spread of infectious diseases.