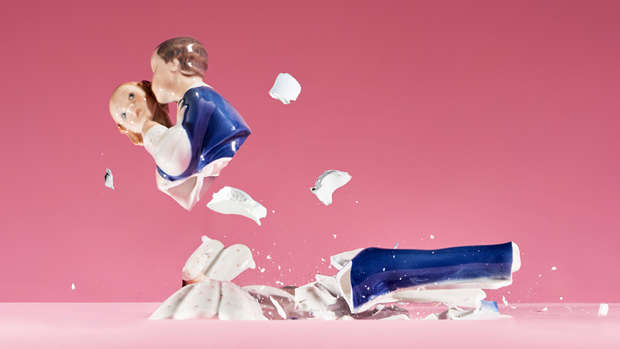 Sadly these days one in three marriages will end in a divorce. But what is behind these rising statistics?

A UK dating service for divorced and single parents NextLove, surveyed 43,000 women online to try and find out what is driving women to walk out of their marriages.

According to the Daily Mail Australia, different life goals, cheating and constant arguing were found to be the top reasons women sought a divorce and begin looking for love online.

"This lack of common interests in a long-term life together may also lead to the second reason on the list," CEO of NextLove Sigurd Vedal told the Daily Mail.

"While infidelity might sometimes be an effective way to save some marriages, it can also be responsible for breaking up many others. In fact, 29.2 per cent of the women polled stated adultery as the reason for leaving their marriages."

A total of 10.9 per cent of the survey participants noted that constant arguing was a key factor in their decision to leave their husbands.

Lack of intimacy came in as the fourth most popular reason to leave, as Vedal noted that most women want excitement in the bedroom and if they're not getting this at home, they are more likely to go looking for it elsewhere.

"Lack of intimacy can destroy a marriage and result in couples leading completely separate lives. We find many of our female and male users on sign up exactly because of this sexless situation within their couple," Vedal explained.

A partner who is suffering from mental health issues can be a strain on the relationship, and 5.6 per cent of the voters noted mental illness as a reason for divorce.

Following closely, five per cent of people selected misconduct, which consists of unacceptable behaviour that is either emotional, financial or physical.

At number seven, boredom was noted as a relationship killer by 4.2 per cent of female respondents. Researchers at the University of Winnipeg added that the most common way people described these relationships was "dull".

Domestic abuse came in at number eight, with women in abusive relationships seeking divorce as a way to get out of their dangerous, and unhappy situation.

And finally, money and household problems took out the final two spots on the list of reasons to leave.

"I think this list represents quite well why many women end their marriages and ask for divorce. The good thing is that, after getting over their breakup, they are then quite open to look for a second," Vedal noted.

The top ten reasons for divorce according to Next Love

If it is an emergency and you or someone you know is at risk, call 111.