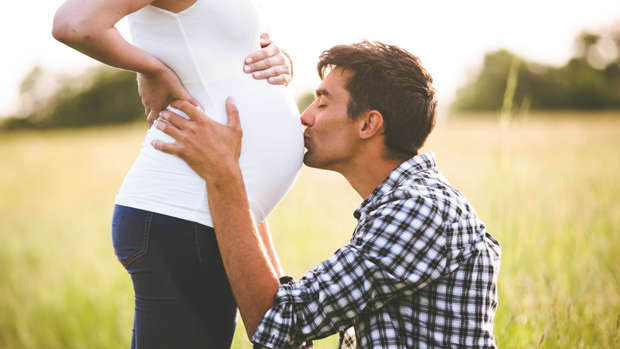 Lifting your legs, making love under a full moon, drinking cough syrup, having sex every day: there are all kinds of superstitious and strange practices meant to help couples conceive.

While the vast majority of these fertility fixes are total fictions, science and anatomy give merit to at least a few, experts told the Daily Mail.

One in every eight couples will likely have some difficulty conceiving. Infertility can be a result of a number of environmental and genetic factors, but there are a lot of moving parts – literally – involved in getting pregnant.

While some of these factors – especially timing – are out of the control of individuals or couples – reproductive and sexual experts told Daily Mail Online that some tricks might help boost couple's odds, and they might even be fun.

1. Keeping the sex in sexy could help couples conceive

The problem with having sex to have a baby is that it's not very sexy, according to Dr Sheryl Kingsberg, a psychologist who specializes in sex and reproductive therapy at University Hospitals in Ohio.

'Sexual procreation is really bad for sex,' she explains, 'it can really kill a couple's romance, so they need to make sure that they focus on pleasure and not pressure,' to make a baby.

Couples – and especially men – often fall victim to what Dr Kingsberg calls the 'tonight's the night' effect when they think about sex and trying to get pregnant.

The direct relationship between stress and fertility has not been clearly defined by research, but most experts suggest the being tense doesn't help matters, and it stands to reason.

Stress influences female hormones in ways that can impair ovulation, the period during which a woman's body deposits an egg in her uterus to be fertilized.

Pressure to perform can certainly be one of those stressors that couples might want to avoid.

2. Having sex twice in an hour could as much as triple the odds of conception - but not if you do it every day

On the other hand, a 2015 study also found signs that if a man can go for round two within an hour, it might as much as triple the odds that he and his partner conceive a baby.

In the UK research, a woman's chances of getting pregnant went from six to 21 percent when a sample of her partner's second ejaculate in an hour was used for artificial insemination.

The study was small, involving only 73 couples but its findings suggested a big difference.

There is no way to know from that study what the exact mechanisms of why or how a man's second ejaculate seemed to prove so much more fertile, Dr Zaher Merhi, director of research and development in IVF technologies at New Hope Fertility Center that there is some fascinating logic to the study's results.

First of all, there's the timing.

'If a man has had sex in the last two days, his sperm count will be lower. But if he waits more than seven days, a lot of the sperm will be dead,' Dr Merhi says.

From the research, 'clearly, it seems that the second ejaculate is the one that carries the healthier sperm that have high mobility.

'You need to have a good concentration of sperm, but that's not the only or most important factor: the most important thing is that they are moving and are healthy,' he says.

'Maybe while the semen is staying in that tunnel, there might be chemicals forming there that affect the DNA of sperm,' Dr Merhi explains.

'When we examine sperm' for viability for use in in vitro fertilization, 'we just look at whether it's moving or not, not the DNA,' he says, so this is not a difference most reproductive specialists would have observed.

If, in fact, the DNA stored in the vas deferens is more corrupted then that in the second ejaculation – coming straight from the epididymis – this could explain the study's better pregnancy success rates.

'It's like when you go to war: the first row of gladiators has a higher chance of dying and the second-row fares much better,' Dr Merhi explains by comparison.

It sounds like a simple fix to the fertility problem, but 'to have sex twice in one hour might not work for every man,' says Dr Merhi.

3. Foreplay, sex for its own sake and cuddling could all help you make a baby

'Fertility can be a little challenging. Men feel like they have to perform, that causes stress, and that can cause problems with erections,' he adds.

So while it may be helpful to have sex twice in a row, most experts say to only make attempts every other day, during a woman's ovulation period.

And between those times, Dr Kingsberg says to be sure to have sex for its own, romantic sake.

She says to 'make sex occurs in non-ovulatory times,' and to keep the ideas of the two kinds of sex separate.

Dr Kingsberg as well as her colleague Dr Brooke Rossi, an endocrinologist at her hospital, say they have noticed that when couples do IVF treatments, which don't require any sex, their patients' sex lives improve.

Sex that isn't for procreation should be 'playful and sensual,' Dr Kingsberg says, so that when couples are doing the 'work' of trying to procreate, they can remember the romantic sex and rekindle attraction to one another.

Some theories suggest that certain positions might tilt the uterus in a direction that makes it easier for sperm to swim to their target, but there isn't really any scientific evidence to prove that.

Nor does putting your legs up in the air help, but taking a few minutes to cuddle lie still after sex might, Dr Rossi says.

The warmth of the vagina warms semen, so it 'kind of liquefies, and the sperm can swim better,' she explains. This doesn't happen as easily if a woman immediately gets up.

But not matter how couples do it – in an hour or a week or a month – Dr Rossi says: 'we can get them pregnant without them having sex at all, but that's not what we're trying to do…we want to make sure they have a happy sex life, too.'