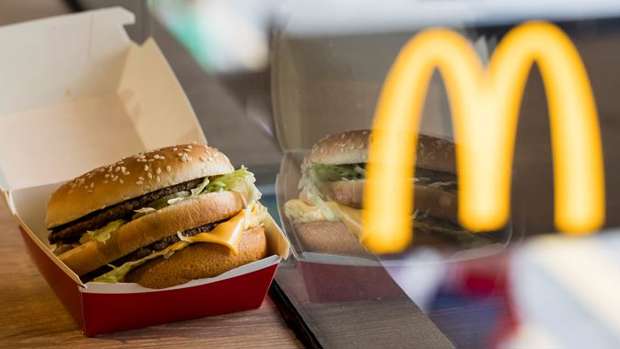 Plenty of Kiwis are on the lookout for healthy choices when it comes to their diet. And it's fair to say we're bombarded with products touted as "healthy" and "natural" all the time.

But you may be surprised to learn some of your healthy go-to's are actually worse than one food item many of us would dub an unhealthy choice: A McDonald's Big Mac.

On the nutrition front, the Macca's classic weighs in with a fat total of 32g, 6.8g of sugar and 1050mg of sodium.

While that doesn't sound great, here are six foods you may have up until now considered a healthier choice.

Did you know banana bread isn't actually bread in the traditional sense? Nor is it healthy just because it contains bananas.

A single 128gm slice can have 16.3gm of fat, 411mg of sodium and an extraordinary 30.3g of sugar - it's probably better treated as a dessert treat than a daily breakfast option.

Thai food is often associated with fresh ingredients that comprise of mostly veggies. So it's no wonder most of us consider it a healthier choice than a run through the Drive-Thru.

Yet some Thai takeaway options have a remarkable amount of fat and salt - unfortunately, this includes the popular Pad Thai.

Sushi is often considered a healthy option for lunch or dinner. And while certain Japanese dishes, such as sashimi are a great choice at around 40 calories a slice, that's not the go-to for many of us.

At Kiwi franchise, St Pierre's, the popular Dragon Roll Katsu has white rice, katsu chicken, capsicum, avocado, cucumber and a generous dousing of mayonnaise and teriyaki sauce. Plus a pot of soy sauce to dunk each sushi wheel in.

Just one Dragon Roll Katsu has over 17g fat, 20.4g sugar not to mention 800mg of sodium - that's before soy sauce is considered.

Often plugged by fitness fans on Instagram as a healthy breakfast on the go you might be surprised to learn the reality of an acai bowl's nutritional makeup.

At popular chain Tank Juice, their Organic Acai Bowl contains 36.6g sugar and 27.7g fat - more sugar than a Big Mac and almost as much fat.

We often consider muesli bars a healthy option. And Bumper Bars state they are made with "real chocolate and real ingredients, 28% wholegrain cereals and no artificial colours."

But this doesn't necessarily translate to a healthy choice. When you consider the apricot chocolate flavour, for example, it has more sugar than a Big Mac: 20.6g versus the burger's 6.8g. Most of us are fans of the fresh, less-processed burgers at BurgerFuel. Their website notes a "focus on using ingredients that are full of the good stuff, like vitamins, nutrients, and minerals, and free of the bad, like added sugars, hormones and preservatives."

However, according to BurgerFuel's website, the American Muscle burger contains 48.8g of fat, 12.6g of sugar and 1126.9mg of salt.