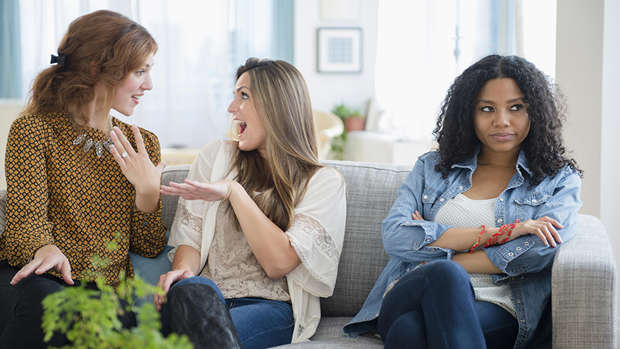 Whilst most of our friends are there for us through thick and thin and can always be relied on for a good time, we've all encountered the toxic friend.

Indeed, the toxic friend is the one who’s more interested in your misfortunes, doesn't share your joy when you have good news and leaves you feeling utterly drained with their negativity, according to the  Daily Mail.

But how do you know whether they're worth the energy? A social scientist has shared the secret to establishing whether your friendship is truly toxic with Femail.

Anjula Mutanda, a relationship psychologist and mental health expert, reveals the red flags to look out for if you're worried about how healthy your friendships are - and even shares the signs that you could be the toxic one in the friendship.

THREE SIGNS YOUR FRIEND MAY BE TOXIC

HOW TO KNOW IF THE FRIENDSHIP IS WORTH SALVAGING

Though most of us would want to avoid the awkwardness of confrontation, Anjula said it's time to confront a difficult friend when the benefits of the friendship are outweighed by the problems it causes.

'If it's costing you more than it's rewarding you, you're giving far more than you're getting - then it may be time to distance yourself.

'Say no, because I think what happens in these kinds of relationships is you find it difficult to assert yourself with somebody.

When you do decide to end a friendship, Anjula admits that it can be just as difficult as ending romantic relationships.

Anjula said: 'It is an intimate relationship without sex. You might share so much more about your past, past relationships, you might go to them for advice about your marriage, you might have children a similar age. There's a lot more emotional bonding that goes on.'

HOW TO KNOW IF YOU'RE THE TOXIC FRIEND

Anjula, who gives her advice on The Davina Hour on the W channel, says we need to be honest with ourselves and recognise that we might not be perfect, either.

The relationship expert pointed out all of us will fail to be as good a friend as we could be at times - and we should prepare to be confronted about it.

Anjula also highlighted warning signs to watch out for that suggest you could be being a toxic friend; such as a sudden lack of phone calls, or being excluded from social situations.

'Sometimes you figure out you're the bad friend if the phone stops ringing, you stop getting invited to things, or you see your friend down the high street and she doesn't acknowledge you when you wave. Then it's time to pick up the phone and say ''Is everything OK, have I done something and been really dim about it?'''