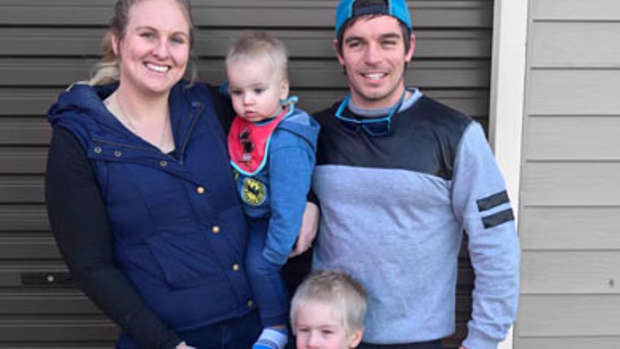 Relationships are ever evolving and thanks to technology, it's not incredibly easy to communicate with your significant other throughout the day. There's even more of an opportunity to exchange ideas and random thoughts as you go about your daily routine.

Some people might find this a little annoying, except one husband has pointed out that it can actually be really beneficial to your relationships with others.

The dad and husband behind the Facebook page, "DadMum" called Brad Kearn, wrote a post back in June which is now going viral.

The post discusses how his wife with him through the use of social media during the day.

Kearn says that while part of him used to get irritated by being tagged all the time, he gradually realised that it was a small and casual way to stay connected and communicate with one another during the day.

"Every day she tags me in stuff on Facebook. Every day. Like several times a day. As if she bounces around the internet just looking for random shit to let me know is out there. Memes, events, stories etc.

I used to find it annoying. I didn’t really know why half of it was relevant. But over time I’ve learned that she tags me in sh*t because it’s either funny, insightful or relevant to us and our relationship. Sometimes it helps her tell me something because it’s so relevant and she couldn’t have said it better herself."

Kearn says that he actually finds the tags helpful because it allows him and his wife to talk about non-family-related subjects at the end of the day:

"To be honest it helps me gauge where she’s at and what she’s looking at online. Sometimes it forms the basis of our conversations when I get home. So often I come home to a “Did you see that thing I tagged you in?” As silly as it sounds it helps us communicate.

Women tag men in basically everything I ever post. I always see the same reply of “I ain’t reading that” or “too long”…. that’s it…. The conversation goes no further. Whatever message she was trying to send him was rejected because of sheer arrogance and inability to take a few f*cking seconds to read something that was probably important to how she was feeling.

Read the post. Just fucking read it. If she tagged you in it, she wants you to look at it. If you were at the park and she said “hey look at that” would you ignore it? Would you make a snide remark about how much effort it will take you to see it? I think not.

Show her you love her. Let her know you care. Read the f***ing post!"

As silly as it may seem to find social media communication romantic, it's simply the reality of the world we live in today