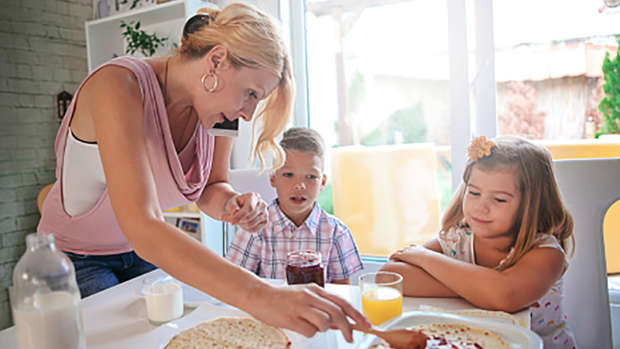 We all know mums are superwomen, but now it's been officially confirmed...

According to a new study, commissioned by Welch's Grape Fruit Juice, if you add up the time the average working mum spends at her paid position and all her duties at home, it equals 98 hours per week.

So after doing some basic maths, we worked out that's the equivalent of working two full-time positions.

The study looked at 2,000 American women, with children ranging in ages from 5 to 12.

Results also showed the average mum starts her day at 6:23am and doesn't finish until about 8:31pm!

"The results of the survey highlight just how demanding the role of mum can be and the non-stop barrage of tasks it consists of," Casey Lewis, MS, RD and Health & Nutrition Lead at Welch's, told Yahoo! News.

Furthermore, the survey found that mums only get an average of one hour and seven minutes to themselves each day.

Mums really do deserve that large glass of wine at the end of the day!