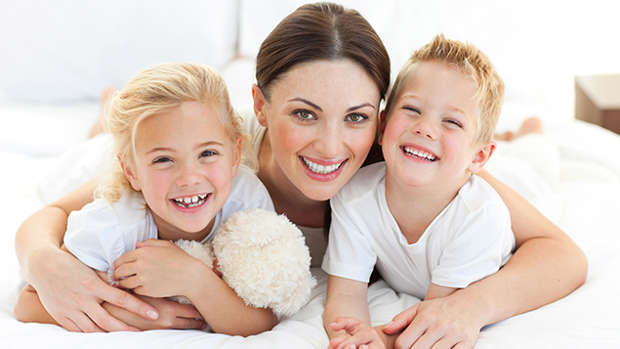 If you're trying to decide how many kids you'd like to have, a controversial new study may be able to "help".

According to researchers at Bath University, women should have no more than two children...

Well, that's if you want to "keep your looks later in life".

The new study claims the key to looking young and attractive is having only a couple of babies.

They also state women who have larger families may have saggier faces and darker, uneven skin tones.

So what's their reasoning behind the beauty tip?

Apparently it's all thanks to the toll pregnancy, breastfeeding and childcare has on our bodies.

After studying more than 500 mothers, the researchers found  each child is said to increase oxidative stress, which is a chemical imbalance that promotes premature ageing.

"We have shown that post-menopausal women who had fewer children were judged as more attractive, younger and healthier than women with more children, by both men and women," said the authors of the study.