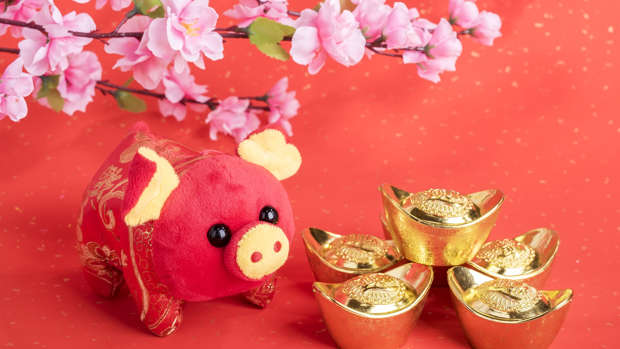 This week we officially welcomed in the 'Year of the Pig' with the Chinese New Year.

While you may be familiar with traditional western zodiac signs, we thought it was worth checking out what Chinese astrology has forecasted for the year ahead too.

So what's different between the two realms of astrology?

As for the signs, in Chinese astrology the symbols are only animals, deriving from a legend that when God was creating a calendar, all the animals on Earth were gathered to participate in a race.

The twelve who finished were rewarded with a spot in the Chinese Zodiac.

Remember the lunar new year changes, falling usually somewhere between January 21 and February 20 - so those born in the early part of the calendar year are actually assigned the Chinese zodiac of the previous year.

Thanks to the Daily Mail, here's what Kay Tom, a Leicester-based master in horoscopes foresees for each of the 12 signs of the zodiac ...

The Ox: 1949, 1961, 1973, 1985, 1997, 2009
The Ox acts as the diplomat to prevent an argumentative situation boiling over. He is a very dependable character in the Pig's team but needs to be cautious not to have too much pressure dumped on his shoulders. He is strong and can cope but there are limits and the Ox must set his boundaries in 2019. Setting a strong health regime also needs to be a priority.

The only Tiger that needs to be cautious in dangerous situations such as high places like cliff tops, busy building sites or participating in dangerous activities is the fire Tiger (born 1986).

The Dragon: 1952, 1964, 1976, 1988, 2000, 2012
Everyone loves the Dragon, the magical, mystical animal of the Zodiac. More so than any other animal this creature can turn a situation round for the better. However, the Dragon represents misdemeanours in both finances and in sexual encounters this year, particularly in the month of April.

The Snake: 1953, 1965, 1977, 1989, 2001, 2013
There are three Snakes that are particularly vulnerable this year, those born in 1953, 1977 and 2013. Just like the fire Tiger these three Snakes need to avoid dangerous sports and dark places. In general, it is best for the Snake to keep a low profile this year and avoid major decisions in life such as changing jobs, moving house, getting married or making major purchases or investments.

The Monkey: 1956, 1968, 1980, 1992, 2004, 2016
The Monkey is a very outgoing and social animal that doesn't like to offend and therefore never says no to a party. For this reason, it is very easy to overstretch him. He is an entrepreneur with ideas, so 2019 will see his ambitions taking off. This year the Monkey will gain great satisfaction in helping others less fortunate than himself. The Monkeys that are particularly vulnerable this year are those born in 1944, 1968, 2004. Avoid dangerous situations and sports.

The Dog: 1958, 1970, 1982, 1994, 2006, 2018
Last year was a demanding year for the Dog as leader of the year. 2019 takes away the responsibility and presents a year of rest and recuperation. It's best not to take on any major projects or investments this year but to focus on your own status quo and bring back equilibrium to your life and to let sleeping Dogs lie.