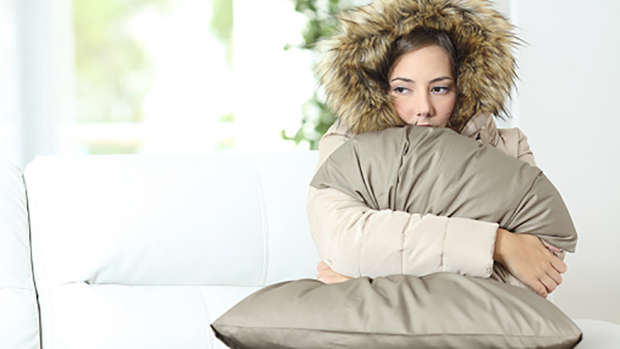 Is your office air-con making you freezing cold? You're not alone. Photo- iStock

Many women have thought it for years but now scientists have confirmed females are at risk of being over-chilled by office air-conditioning.

Indoor climate control systems are partly based on the resting metabolic rate of an average 40-year-old man, say researchers.

They may overestimate female metabolic rate by up to 35 per cent.

What this means is that women are likely to feel less than comfortable in modern air-conditioned offices.

A study of 16 young women performing light office work showed that they were at risk of being over-chilled by air-conditioning in summer.

Current air-conditioning standards are derived from research conducted in the 1960s that assessed the "thermal comfort" of 1300 mainly sedentary students.

It took into account a value for metabolic rate, which was based on the resting metabolic rate of one 70 kilogram 40-year-old man.

But women's metabolic rates are typically very different from men's, the researchers point out.

So much so that the standard model used to set indoor temperatures may overestimate the amount of heat generated by a woman sitting still by up to 35 per cent.

The authors called for a new system that takes into account gender differences, as well as age and physiological characteristics such as being lean or obese.