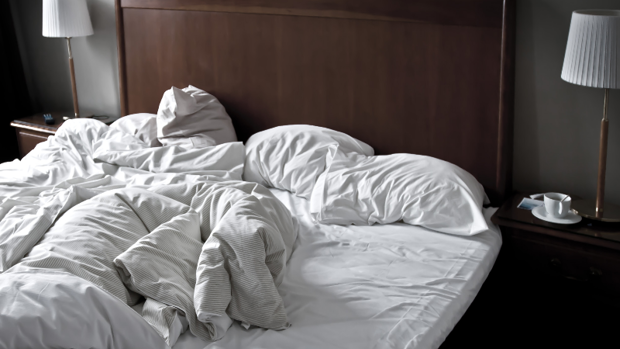 Talk about a victory for all us lazy folk...

It turns out leaving your bed unmade is actually better for you.

But not only that, it also makes for a cleaner, healthier home.

Because our beds are full of dust mites.

It's estimated as many as 1.5million microscopic mites are crawling around in the average bed, feeding off shed skin cells on our sheets.

In the morning, if we make our beds straight away all of the mites get trapped underneath the sheets.

However, if we don't make our beds, the mites will be exposed to fresh air and light.

"We know that mites can only survive by taking in water from the atmosphere using small glands on the outside of their body," Dr. Stephen Pretlove of Kingston University's School of Architecture said.

"Something as simple as leaving a bed unmade during the day can remove moisture from the sheets and mattress so the mites will dehydrate and eventually die."

By that point, many of the mites will have died an unceremonious death.