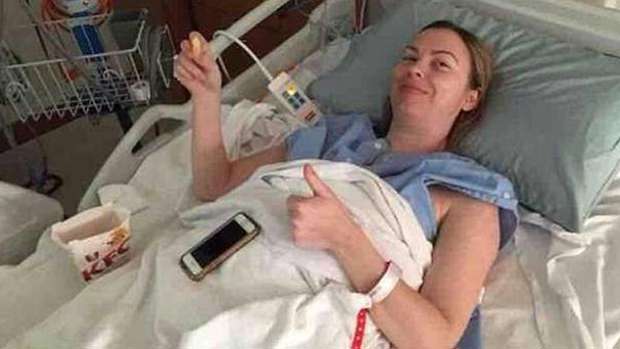 Renae Cleary was suffering headaches caused by what she thought were just really bad migraines.

She had been told migraines were common in her family. But when she went to her GP "just to be safe", she was suddenly rushed to hospital to undergo life-saving surgery.

Doctors found that the 38-year-old had a 2.2cm tumour in her brain and that had they not picked it up in time, she would have been dead in 24 hours.

"I thought I was going to die just before we went and had the tumour out," Cleary told 7 News.

"I remember feeling so normal and then getting a headache and then I was in the hospital getting a brain tumour out. It just seemed so surreal."

But what Cleary wasn't expecting was the diagnosis to be melanoma.

"I had been diagnosed with [stage four] melanoma, with no known primary source," she recalled.

"I had my skin checks. I get them done yearly. I never expected it to pop up at all.

"It scares me. It's frightening. You get taught to look for this, a changing mole will get sore or bleed but sometimes that just doesn't happen." 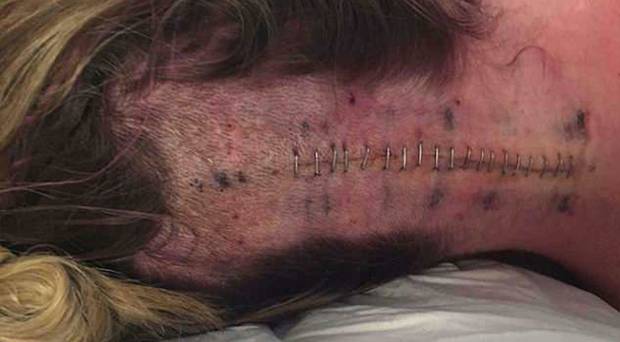 Doctors had no idea how the melanoma started of where on her skin it had begun, saying there were no signs of growth.

Cleary had 19 staples in her head and had to remain still throughout her three weeks in hospital.

And when she finally came home, she wasn't allowed to cook, clean, drive, or lift anything over 200g.

A combination of drugs is now keeping the Perth woman alive.

But the cost of live-saving medicine has drained her and her husband's savings, forcing them to sell their house.

Generous strangers have since crowdfunded to help buy life-saving medicine.

"There's no words to be honest. It saved us," she said.