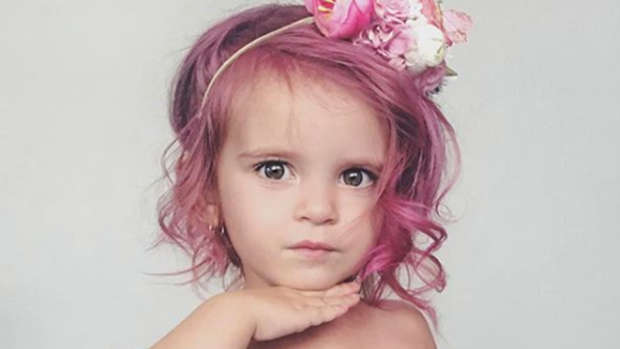 A popular YouTube mother from America has come under criticism after she dyed her daughter's hair for a video.

Charity LeBlanc from Florida posted a video to her Instagram account of the dying process of dying her daughter's hair from a sandy blonde to a pale pink.

In talking to News.com.au, Charity said: "I just thought it was a cute moment my daughter and I had with each other,"

"And I wanted to share it with my family and followers."

The video has received over 1.3 million views since being uploaded, with some people suggesting that the dye could've been harmful to the child's skin.

"I knew there would be some controversy," Charity said.

"The main reason people seemed to think it was wrong was because it was harmful or dangerous for her.

"I did a decent amount of research before I decided to go ahead and do it and it's completely safe.

"So I think most of those people would change their opinion if they knew the facts."

When you're pink and pretty 💕💘💝 . . I'll be posting a YouTube video of how we temporarily dyed City's hair pink using @manicpanicnyc! So go subscribe so you don't miss it! YouTube.com/charityleblanc Flower hair piece from @trinityflowercrowns 🌸 Dress from @poorpitifulpearl #pinkhair

Apparently it was a topical dye, and it wasn't absorbed into her hair follicles.

City's pink hair is now up on my YouTube channel! Link in bio! What do you guys think!? Would you let your daughter do this!? 😬💕🦄 . We used @manicpanicnyc hot pink! #pinkhair #pinkhairdontcare #hairdye