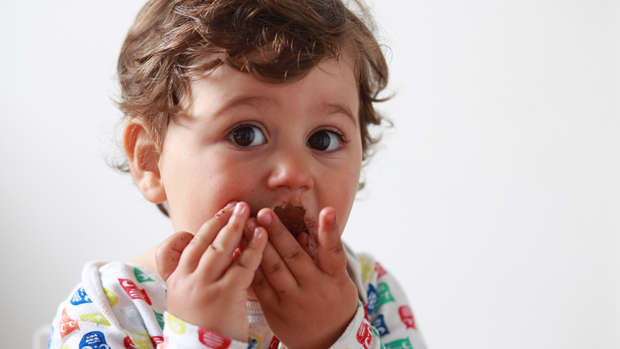 A mother revealed how her family turned on her when she gave her two-year-old son, who has been vegan since birth, milk chocolate after he became inconsolable.

Writing on the parenting site, Netmums, the British woman explained that her son ended up panicking after he spilt a smoothie over himself during a family outing, the Daily Mail reports.

She was "terrified" and desperate to calm him down, and so when the restaurant manager offered a piece of chocolate, which he doesn't eat as it contains dairy, she accepted and it instantly soothed him.

However, her family accused her of "picking and choosing when and where" to follow a meat and dairy-free diet and said they "shouldn't have to make special arrangements every time" she visits. 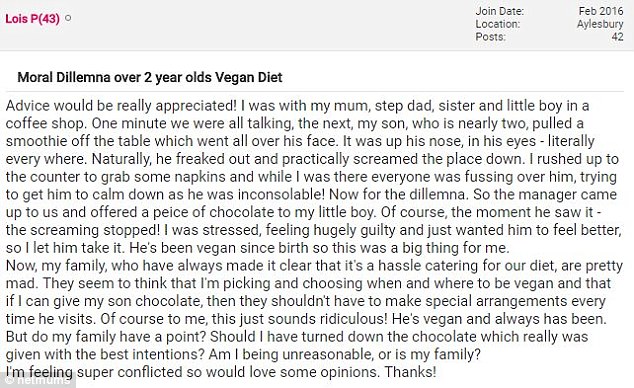 A number of commenters took her family's side with one saying: "It's alright for him to be vegan until it suited you to get him to stop crying? I personally don't agree with foisting adult views onto children until they can decide for themselves."

Another added that she should have refused the chocolate, explaining: "He can't be not vegan when it suits if you expect other people to cater for him, and if you would be cross if they served animal products."

However, others sympathised and said she'd done what she felt was right for her son in the moment.

One said: "You were faced with a moral dilemma, stick to your beliefs or allow a treat to console your upset son. I’d say you picked the lesser of two evils and did the right thing.

"As for your family, they are looking for an excuse to put a stop to what they probably think is vegan nonsense, they shouldn’t have jumped on you for one slip up, they need to respect your views."

Others, meanwhile, disregarded the mother's request for advice and slammed her decision to raise her son vegan in the first place.

One person said: "To be honest I don't think it's fair or even necessary to force such an extreme diet upon a child, much less a baby! Vegetarian is one thing, but vegan? It's too much in my opinion."