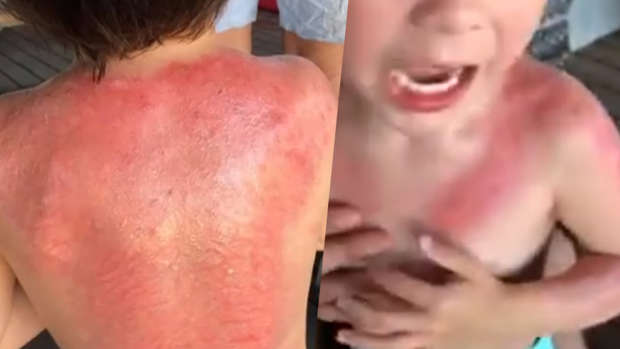 Photos have emerged that show a three-year-old covered in huge red blisters after using a Peppa-Pig branded sunscreen.

Rivers Jasper's parents claim the boy was screaming in pain and left with horrifying burns after they applied the sunscreen while on holiday.

They have spoken out in a bid to warn others about the product.

Mum Shannae Jasper told 7 News Perth: "His skin was just really, really tender and red. He was vomiting all the next day.

"He's absolutely petrified now of when we try to put any type of spray, lotion on him, even in the bath."

After posting the video of her son in agony on social media, his mum has received messages from parents who have suffered similar problems.

The Peppa Pig sunscreen was certified by the Cancer Council.