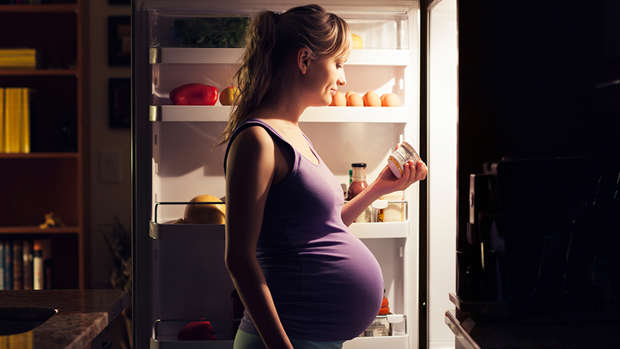 Women should not "eat for two" during pregnancy, experts have warned after a major study revealed nearly half of pregnant women put on too much weight.

A major analysis of more than 1.3million pregnancies around the world found that 47 per cent of women gained excessive weight over the nine months of their pregnancy, risking the health of their child, the Daily Mail reports.

British experts warned that too many women believe the myth that they need to "eat for two" - piling on the pounds and raising the chance of complications during childbirth.

The Institute of Medicine in the US recommends mothers of a healthy weight put on no more than 3kg during pregnancy, and no less than 5kg.

What did the study find?

The researchers, from Monash University in Melbourne, Australia, found only a quarter of women around the world actually hit this target.

While nearly half put on too much weight, a quarter put on too little weight.

The research, published in the JAMA medical journal, found women who gained too much weight were 85 per cent more likely to have an overly-large baby, and 30 per cent more like to require a Caesarean section to deliver their infant.

The 23 per cent of women of women who put on too little weight, meanwhile, increased the risk of premature birth by 70 per cent.