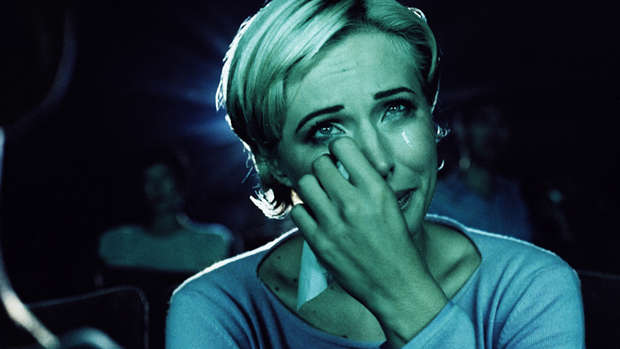 Having a good weep is "like giving yourself a hug", say researchers, who claim that when we do it, the process triggers the release of natural anti-stress chemicals.

"Tears that gently and slowly run over the cheeks have a sort of gentle massaging effect, causing stress-relieving compounds endorphins to be produced by the body, leading to a feeling of wellbeing. In other words, tears are self-cuddles," the researchers say.

"Weeping is an appeal to others for empathy and can also improve people’s moods. The mood-stabilising effect of weeping can happen during an intense positive emotion such as a romantic film, the birth of a child, or when receiving an Olympic medal."

According to the study, reported in New Ideas In Psychology, weeping is distinct from crying, the Daily Mail reports.

Crying is a shrill, loud sound, often in response to pain, while weeping, which is unique to humans, is an emotional expression of grief – or happiness – by shedding tears.

Women weep for four times longer than men, while newborns cry but do not weep, and do not produce tears until two to three months old.

The researchers from Siena University Hospital in Italy reviewed several other historical theories about the origins and purpose of weeping.

One suggestion was that when prehistoric humans began to use fire in farewell ceremonies and funeral cremations, tears triggered by the smoke became associated with sadness.

Another theory was that people feel better after weeping, as tears remove chemicals built up as a result of emotional stress.