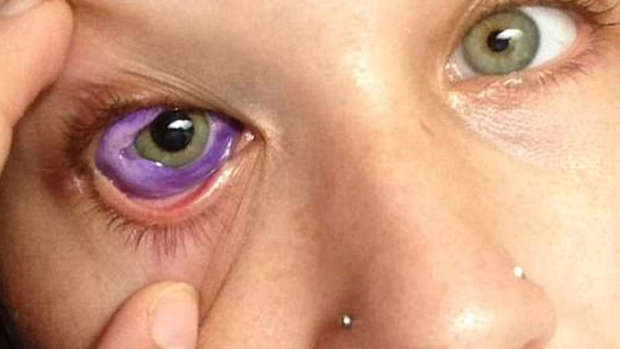 A model from Canada is warning people to "think twice" about a body modification practice quickly growing in popularity after "losing sight" in her right eye.

According to the Daily Mail, Catt Gallinger from Ottawa is recovering slowly but steadily over the past month following her decision to get a sclera tattoo, which colors in the whites of the eye.

Calling the decision a "massive mistake," Gallinger shared the horrifying results of the procedure on social media, according to The Sun.

The images, posted to her Facebook wall, shows the 24-year-old former pet nutritionist in various stages of recovery following a visit to the hospital last month when she complained of purple discharge oozing from her eye. 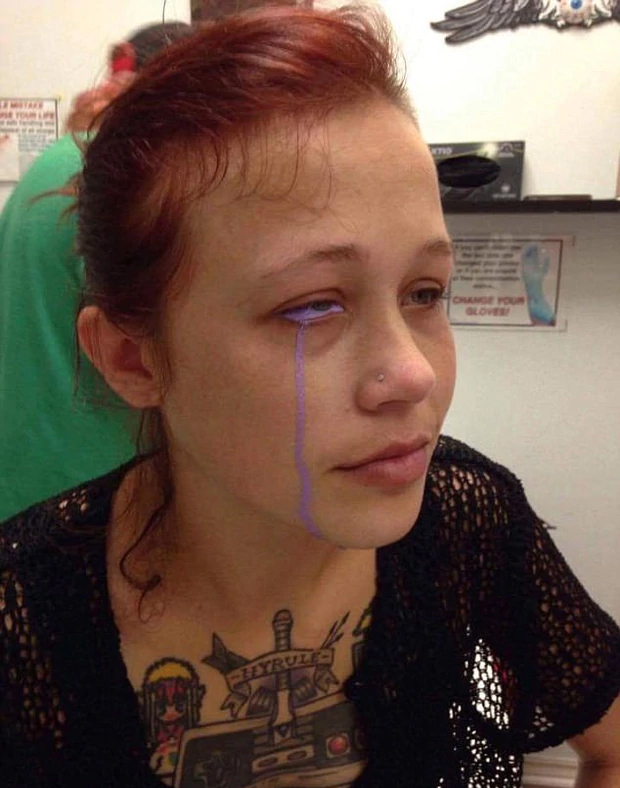 But shortly after receiving the treatment, her eye became swollen shut.

Doctors then gave Gallinger steroid drops to alleviate her symptoms, but after three weeks the purple tattoo began to congeal around her cornea, blurring her vision and causing intense discomfort.

Gallinger told The Sun newspaper that she has had to spend hundreds of dollars on prescriptions so far and says that her modeling career is on hold for the time being.

In speaking with the publication, she cautioned others to first "look into not just the artist and their portfolio, but to talk to some of their clients, talk to other artists about them and get experiences beforehand." 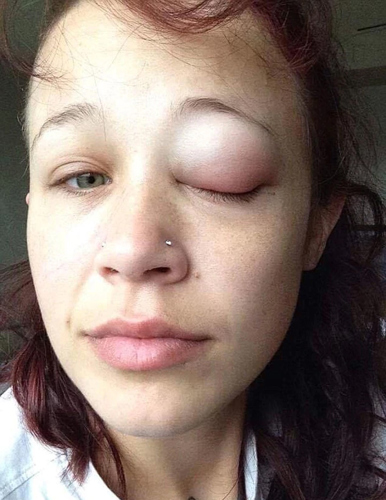 Asked why she wanted a sclera tattoo to begin with, Gallinger said the modification would help "make me feel more at home in my body".

Physicians told Gallenger that her eye has sustained permanent damage and will either have to "go completely or stay a blurry mess."

She is hopeful, however, that surgery will prevent her condition from getting worse.

Doctors believe that the size of the needle, depth and amount of ink used on Gallenger caused the initial symptom.

They fear that an infection is stuck in the excess ink, which contaminated Gallenger's eye through equipment not properly sterilized.