More than 20 drunken teenagers have terrorised a family, smashing windows and screaming abuse at a girl inside, blaming her for the deaths of two teenagers travelling in a stolen car when it crashed during a police chase.

The south Wairarapa town of Featherston had a heightened police presence last night following the deaths of Hoani Korewha and Pacer Willacy-Scott, both 15, who were in a Honda Civic stolen on Saturday night from local baker and volunteer firefighter Martin Grice. He had previously employed one of the boys.

The car was driven to nearby Masterton and crashed into a pole about 2.15am on Sunday. Two other teens were injured and were still in Wairarapa Hospital last night.

A vigil was held for the boys on Sunday night in which teenagers struggled to contain their grief and anger.

Wairarapa Anglican Youth co-ordinator Alan Maxwell, who knew Hoani and Pacer, had spoken about choices made by youth. Following his talk, a number of the teenagers became heated, swearing slogans and abuse. 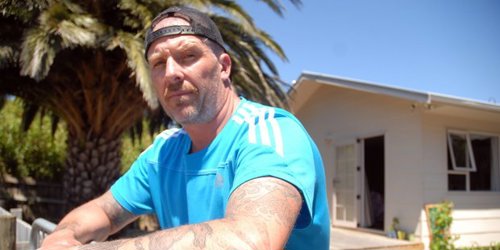 Solo father and mill worker Stephen Longshaw, 45, said the Featherston home he shares with his son, 17, and daughter, 15, was targeted about 11pm.

"They were all drunk and all wanted to have fights," Mr Longshaw told theWairarapa Times-Age.

"I came out to the sound of rocks being thrown on my roof. I told them to leave but they wouldn't go, and they were screaming abuse at my girl and blaming her for the deaths of those boys."

His daughter hid inside and called police, terrified her "former so-called friends" would force their way indoors.

Police arrived and the teens scattered after one of the boys was arrested.

Mr Longshaw immediately took his daughter to a family member in another region, and returned home about 2.30am to find his letterbox destroyed and rocks thrown through five windows.

At noon yesterday a group of about 15 teens again appeared at his gate, he said, and were wearing gang colours and "threatening to run me out of town and kill my daughter".

"But I've been here for more than a year now.

"I have to stand my ground. I'm not running anywhere," he said.