Police are warning fake $50 notes could still be circulating throughout wider Wellington following the crackdown on a counterfeit scheme.

Earlier this month there were six reports of offenders using fake money to purchase goods before returning them to another store in exchange for legitimate bank notes.

He said several printers were seized and three people were arrested and charged with using forged documents.

Bensemann was concerned counterfeit notes from the operation could still be circulating in the wider Wellington region. 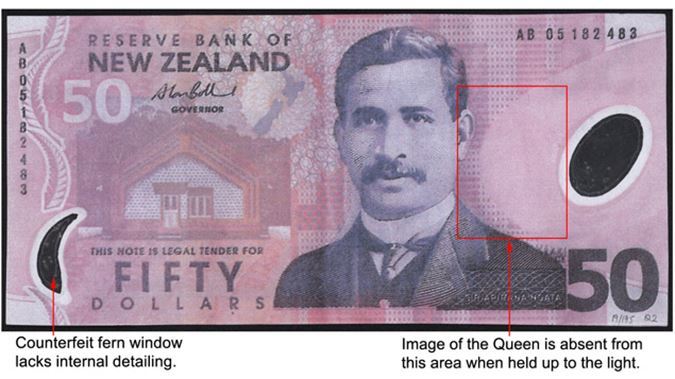 Police urge anyone who thinks they have come across a counterfeit note to not accept it and notify police.

If someone has already accepted a counterfeit note they should put it in an envelope to stop it being handled any further.