Cecil the lion's adorable cubs are being cared for by their late father's pride in Zimbabwe. Photo / African Bush Camps

Safe from harm and cuddling up together, these are the pictures that show Cecil the lion's cubs - orphaned when a US dentist killed their father.

The infant lions have been adopted by their new pride leader, under the watchful eye of their uncle Jericho, in Hwange National Park, Zimbabwe.

Cecil's young have been seen regularly according to conservationists in the area - and have been taken under the wing of three lionesses in the pride. 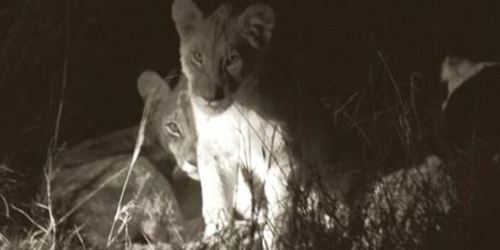