The snow is easing off, but the chill is sticking around this weekend for the majority of the country.

A severe weather warning is still in place for hill country between Gisborne and Mohaka in northern Hawke's Bay, where some strong snow flurries overnight have left the region blanketed in snow.

State Highway 2 either side of Gisborne was closed last night with the snow and ice, along with multiple other roads around the country. The Desert Road does not yet have an estimated re-opening time.

Auckland is off to a cold start today and it will remain chilly, but fine.

"I think we are going to find it's a cold weekend in store for Auckland," MetService meteorologist John Law said.

It's showery and cold in Wellington but it will clear and a fine and cold weekend is in store, as it is for most of the country. 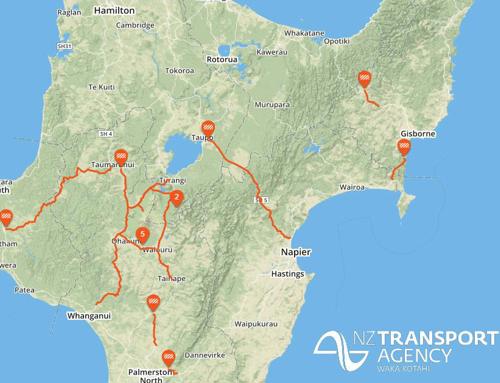 Image: NZTA's graphic of the roads closed by crashes, snow and ice in the Central North Island last night.

"It's a cold day and we've got more showers to come, but as we get through the rest of the day, the showers should start to peter out," Mr Law said.

"As we go through the next couple of days that cold air is still with us but we lose the cloud and its insulation, and we lose the wind."

Both the Desert Rd, between Taihape and Turangi, and the Napier to Taupo Rd are shut because of snow and ice, as is State Highway Two either side of Gisborne.

The Rimutaka Hill Rd between Wellington and Wairarapa is open, but drivers are urged to take care.