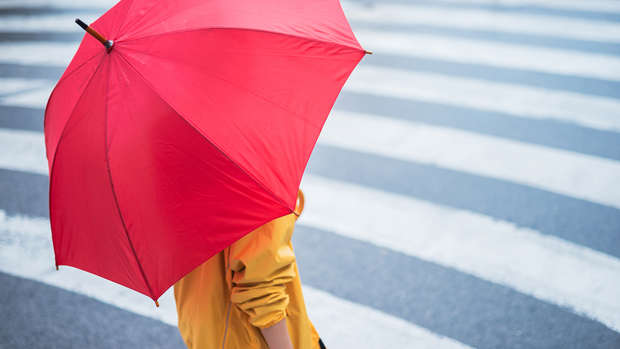 Auckland is being hit by heavy rains and surface flooding as the Queen's Birthday wintry weekend blast begins to hit.

Auckland was struck by several rounds of heavy rain, including a "torrential downpour" in the west, causing woe for motorists heading to work.

MetService meteorologist Hannah Moes said 8mm had so far fallen in the Auckland region but that "there is still plenty of rain in the forecast".

Last night a MetService severe thunderstorm watch was in place from Hamilton to Cape Reinga, which threatened to affect any motorists attempting to make an early long-weekend getaway.

Even while most of you are asleep, we're still here watching the weather 24/7!
You might be in for a few bright flashes, booms and rumbles in this line of rautupu (thunderstorms) moving onto the North Island.https://t.co/prKU7O2R01
^Tui pic.twitter.com/9CZbUtqctt

The watch had now been lifted after the front moved in overnight with embedded thunderstorms that threatened to bring severe rain, hail and squally winds, the forecaster said.

The front was now making its way east across Northland towards the Coromandel.

The wild weather has left Auckland looking at a high of 18C today before the winter freeze hits, sending temperatures to 14C and 13C on Saturday and Sunday.

Monday is tipped to be the pick of the long weekend weather with a break in the rain and high of 16C.

However, fellow forecaster WeatherWatch is now tipping two more cold blasts to hit Auckland and the country next week, with both having the potential to bring wild winds capable of bringing down power lines.

The first would hit briefly on Wednesday before a second storm followed on Friday.

"WeatherWatch has already advised utilities in Auckland of possible power outages one week from now as this blast of windy weather comes in," the forecaster said.

The NZ Transport Agency is also urging motorists to be careful across the country today as roads turn potentially hazardous with heavy long weekend traffic and changeable weather.

☔ Have the umbrella handy on Friday! A mostly dry Thursday in the North Island is turning wet overnight 🌧️ pic.twitter.com/8wIyXZb9z3

It's warning holidaying motorists heading north out of Auckland to expect heavy traffic from 1pm-6pm today. Traffic is then tipped to be heavy with returning weekenders coming south into Auckland on Monday between 10.30am-6pm.

Those travellers heading south out of the city should expect heavy traffic today from 10.30am through to 7.30pm.

"More than 160 people have died on our roads this year. Tragically, many of those deaths could have been prevented if everyone took these four simple and proven road safety actions that prevent serious injury and death on our roads," he said.

"Make sure everyone has their seatbelts on, remove distractions and stay focused on driving, don't get behind the wheel if you've been drinking or are tired, and drive at a safe speed for the conditions."

Travellers heading north for the long weekend can expect highs of 15C and 14C in Whangārei this Saturday and Sunday, before the rain clears on Monday for a high of 16C.

Whitianga in the Coromandel is expected to reach a high of 14C on Saturday and Sunday before a cloudy Monday with a top of 15C.

Traffic heading north and south between Wellington and the Kapiti Coast is also expected to be heavy over each day of the long weekend, NZTA said.

The capital can expect a windy and wet high of 15C today, before the temperature drops to 12C and 9C on Saturday and Sunday. Monday should be mainly fine with a high of 13C.

However, the worst of the rain had passed through Wellington overnight when there was about 60mm of rainfall in the ranges and wind gusts up to 118km/h on Rimutaka summit.

In the South Island, Christchurch is tipped for a high of 14C today before the temperature plummets to a wet and wintry 8C and 9C on Sunday before the weather turns fine on Monday for a top of 12C.

Overnight temperatures will drop to a freezing 1C on Saturday and Sunday nights.

Elsewhere in the South Island, the West Coast has been hit with deluges of rain after overnight heavy rain warnings from the ranges west of Nelson to Buller and Fox Glacier.

Arthur's Pass was the wettest place in the country over the past 24 hours with about 200mm of rainfall in the area.

MetService's Moes said it had been a very active past few days weather-wise in New Zealand.

"In the last 24 hours, we've seen 8500 lightning strikes, mainly in the west of the South Island in the west and central parts of the North Island," she said.

Water Safety NZ has also called for Kiwis to keep safe around rivers and waterways over the long weekend.

"Anyone heading out into the outdoors for a walk, a hike, to hunt or to fish needs to be careful around rivers and other waterways," chief executive Jonty Mills said.

"Rivers running at high levels are extremely changeable and unpredictable and incredibly dangerous.

"Rivers generally account for a third of all preventable drownings and last year the deadliest activity was accidental immersion.

"That's why we are urging people to use caution around water."

Snowfall was expected to affect State Highway 8 at Lindis Pass with falls to about 600m yesterday along with the Crown Range Rd and Milford Rd (SH94).

However, the larger dumps of snow were not expected until tomorrow with the southerly cold front blows in, Moes said.

The freezing weekend across the country has been likened to a weather hangover by National Institute of Water and Atmospheric Research (Niwa) meteorologist Chris Brandolini after months of warmer than average temperatures.

However, despite a second cold snap being due to hit late next week, the overall outlook for winter was for temperatures to be normal or above average, he said.

Nelson Fine spells with the chance of showers, then rain from evening with possible heavy falls. 15C high, 5C overnight.