The first photo of what is believed to be the iPhone 7 have surfaced on a Chinese social media website.

While rumours have been circulating the internet for months, the image is believed to be the first of the actual handset, reported 9to5Mac. 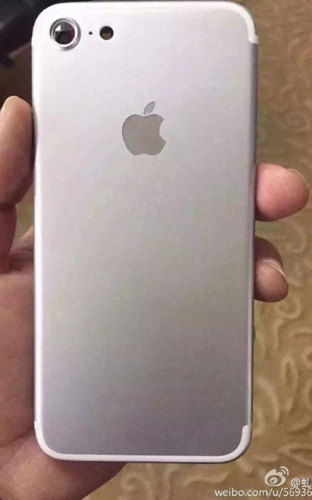 The photo of what appears to be the iPhone 7, features redesigned plastic antenna bands. Photo / WEIBO

The unit's minor redesign appears to be largely in line with previous reports that Apple has done away with the horizontal plastic antenna strips which run across the width of the handset's top and bottom, instead running only along the edges.

The bands are necessary for the handset to be able to make and receive phone calls, but it's largely believed that Apple's design team are not big fans of the way they break up the aluminium body, and have been trying to minimise and cover them up for some time.

Last summer the company was granted a patent detailing a metal composite able to replace the strips, thin enough to allow radio waves to pass through, removing the need to coat the strip sections with plastic.

Further pictures found on Weibo by NowhereElse.Fr editor Steve Hemmerstoffer depict a dual lens camera module and three NAND storage chips, sized at 16GB, 64GB and 256GB. It has been previously reported Apple was planning to upgrade the maximum storage of the iPhone 7 to 256GB, up from the current 128GB maximum.

While pictures of what is purported to be the iPhone 7 depict a circular lens flush with the handset's aluminium body, a picture of what could be the iPhone Plus details a pill-shaped enclosure designed for two lenses and a smart connector. 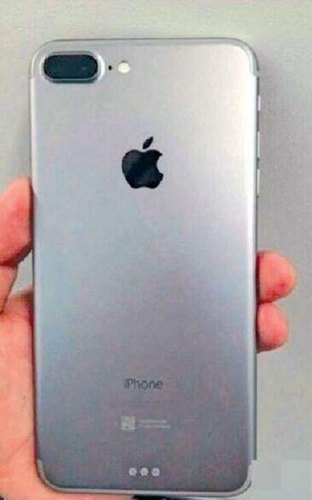 However, leaked schematic pictures for the handsets uploaded to HDBlog suggests they will not feature the smart connector dimples, which could have been used to connect magnetic covers to the phones ala the iPad Pro.