Whitford resident Christine McDouagh said she was sick of seeing people dumping rubbish on the side of the road. Photo / iStock

A fried chicken-loving litterbug may be getting the surprise of their life in the mail - a $100 fine for dumping their rubbish on the side of the road thanks to one tidy Kiwi's handy detective work.

Whitford resident Christine McDonagh said she was sick of seeing people dumping rubbish on the side of the road so when she found a dumped KFC bag on a rural road with a receipt inside, she decided to take action. 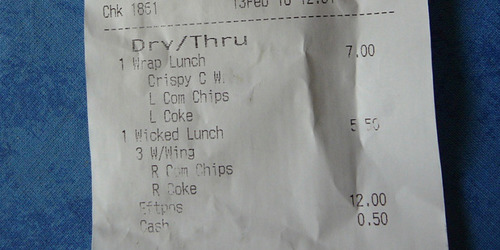 "I thought they may be able to track this person down through their receipts and sure enough they did. I was blown away, I never dreamed that the council would catch them so those people are now going to get a little letter in the mail and possibly getting a fine," she said.

"Everybody out here is fed up with people emptying the contents of their cars onto the side of the road. We occasionally see rubbish collectors come and clear the rubbish ... but in the end if we want out places not to look like a tip, it is left up to us to walk along our road and pick up bottles and hamburger papers or cigarette butts. It is terrible."

Pleased with the result, Mrs McDonagh took to social media to write about her experience in a post that has since garnered hundreds of likes and comments.

"All the feedback I have had is that more people [will report more incidences in the future]. If you know that it is worth it then you will do it," she said. "We just want to get these people."

She said she hoped to raise awareness about the issue and encourage more people to report littering.

Auckland Council waste solutions general manager, Ian Stupple, said thanks to Mrs McDonagh's initiative the council had been able to identify the vehicle out of which the offender dumped the litter. They were however still working to identify who that person was.

"It is great that this lady has come forward and because of that we have been able to follow up."

Mr Stupple said the chance of the council locating the offender was "promising".

"Because it is littering, unless the person has done it before, they would get a $100 fine. If it is larger littering or if it is more than their first offence then we can issue fines of up to $400. In really large cases we can prosecute and that can go through the courts and hold fines of up to $20,000.