A Kiwi father-of-four is volunteering for a controversial US charity that has taken up arms in the bloody fight against ISIS.

Marcus Hamilton, 45, was so moved by images coming out of the Syrian refugee crisis coverage and Paris terror attacks that he wanted to join the battle against the extremist military movement.

Through a mutual friend, he met the founder of Shadows of Hope, a non-governmental organisation (NGO) known as "the world's most dangerous and fearless charity." 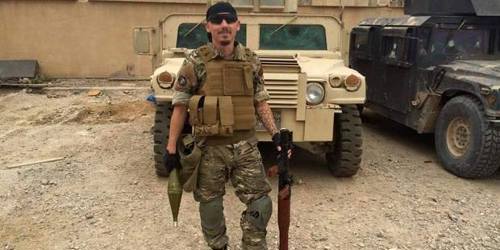 Shadows of Hope openly admits that much of work is often deemed illegal by international law and collaborates with criminal networks.

But Mr Hoey told NZME News Service that he is willing to risk imprisonment or death to try and help those considered "Unreachable, lost and forgotten".

"Our success comes from the fact that we have no limitations," said Mr Hoey from his Las Vegas, Nevada base.

"The same rules that bind other organisations do not affect us. We will find a way to help, and any rule that prevents us from helping is not a rule worthy of obeying."

Mr Hamilton, who lives with his wife and four children in Hamilton, calls himself "just an ordinary New Zealand bloke".

While he awaits surgery to relieve his complex regional pain syndrome (CRPS), he is helping research and organise Shadows of Hope operations in Oceania.

A reconnaissance and medical operation is being planned for the Highlands of PNG where they fear "atrocities are still continuing".

"To me, these are the places that will see the likes of Daesh or extremists - Islamic or other - enter Australasia through," Mr Hamilton said.

"My background is not as exciting as Robert's, but what I can do is contribute to the hours of research before they go in to a country, helping to organise operations in Oceania, [and] fixing issues on the go in the Oceania time zones."