But the greatest news for us, was Silver Fern, KAYLA CULLEN, winning 'Favourite Sports Star'! Congratulations Kayla, we are SO proud of you! 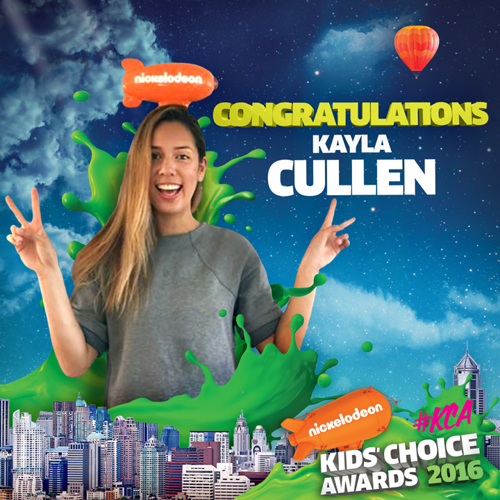 REBEL WILSON was awarded the Aussie/Kiwi HONORARY BIG KID award, which celebrates role models who encourage kids to be themselves and to be proud of their individuality.

“Kids in Australia and New Zealand, I love you, and as your honorary big kid and now rebel commander, I command you guys to get out there, get crazy messy and have the most wild fun you can,” Rebel said on receiving her award.

Kids and families cast votes in 22 global categories plus five Aussie/Kiwi categories. Fans were able to vote for their favourites across all of Nickelodeon’s digital platforms including kca.nick.com.au, and with Twitter using #KCA.

**Nickelodeon specifies that anyone over the age of 25 is considered an Old Fart according to our extensive research* into all things kids!…however not from our research… just from the word on the playground!

Favourite Voice From an Animated Movie

Amy Poehler – Joy, Inside Out

Favourite Song Of The Year

Diary of a Wimpy Kid series