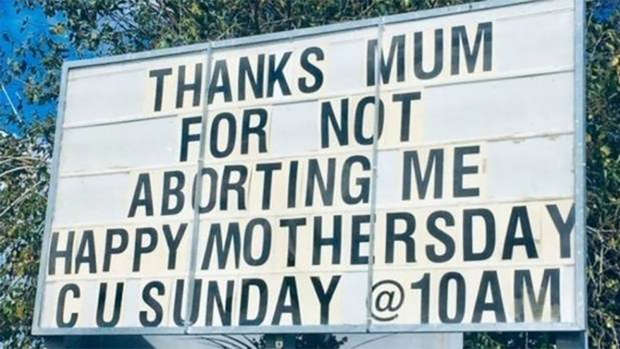 Kiwis were left shocked after a Mother's Day sign involving abortion was displayed by a Kaitaia church.

The Kaitaia church at the centre of an online storm over its Mother's Day billboard has apologised on Facebook after being flooded with negative comments.

The Cornerstone Christian Church had advertised its Mother's Day service with a sign that proclaimed: "Thanks mum for not aborting me. Happy Mothers Day. C U Sunday @10am". 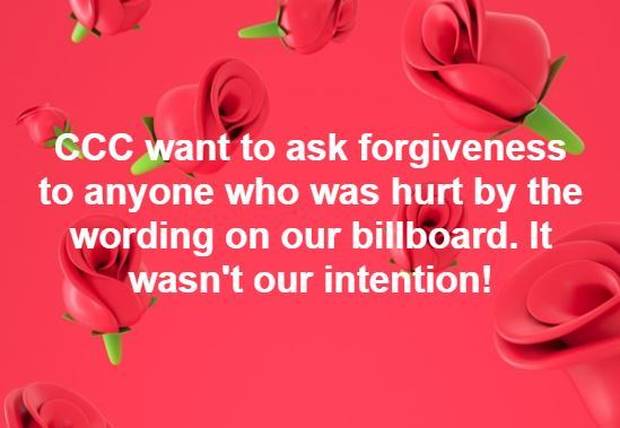 Labelling it "pathetic", one woman suggested the sign should be "smashed" down, with another commenter adding that the sign "clearly outlines to me why I don't go to church".

The church battled against the online comments, deleting negative comments as they were posted before being called out for their response.

One man wrote that the church's attitude was "spineless" and they were "hiding behind the delete button".

One local woman said: "I could not believe that this sign was within our community ... They have the audacity to post this as their cover photo as if they are proud of what they are saying - well I am all for other people to have views and their own opinions but to then try and silence those for having opposing views? I am appalled by, not only this message but by the response (or lack of) from the centre". 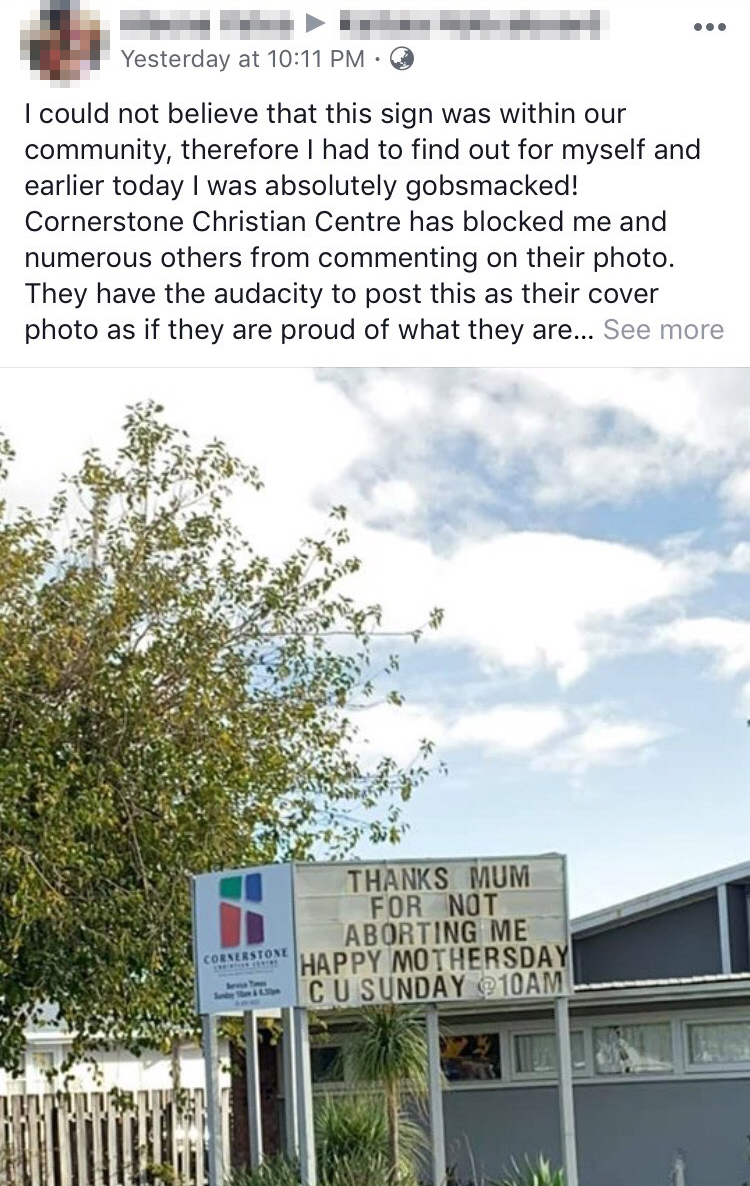 Late last night the church relented, removing the post and posting an apology that reads: "CCC want to ask forgiveness to anyone who was hurt by the wording on our billboard. It wasn't our intention!".

Questioned by one poster as to what they had intended by the controversial post, the church replied that they mean to "bless mums for being a mum and to help mums who are sometimes in difficult situations to make the right decisions".