It’s official. A date has now been set for the South Island launch of Lewis Road Creamery Fresh Chocolate Milk!

The popular chocolate milk will be hitting South Island stores from Wednesday, September 2 together with two new flavours developed with two other great Kiwi brands.

A blend of Lewis Road’s Premium Whole Milk and Whittaker’s 5 Roll Refined Creamy Milk Chocolate – Lewis Road Creamery Fresh Chocolate Milk has been available in the North Island only since October last year due to the location and capacity of its plant in Mangatawhiri, in the Waikato.

It quickly became a sell-out success and since then increasing capacity to meet the unprecedented demand and achieve national distribution has been the company’s number one priority.

There is exciting news for the whole country though... the two NEW flavours!

"Two brand new flavours of milk that will be released nationwide at the same time. We will be revealing what these new flavours are when they launch in early September.” says Lewis Road Creamery founder Peter Cullinane. 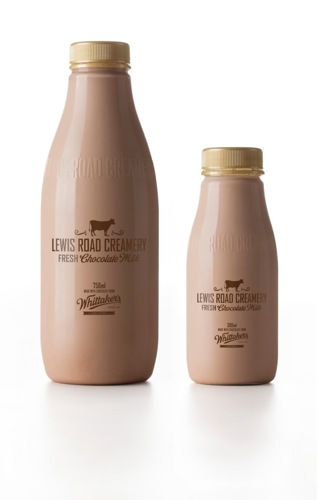