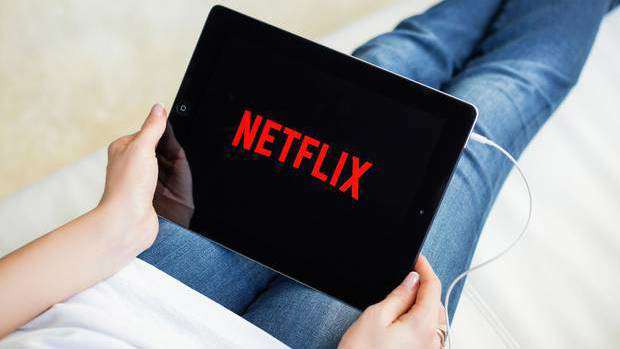 In an email sent to customers this morning, Netflix announced it will be raising its subscription fees next month.

The cost of the "Standard" monthly subscription is rising $2 a month, going from $14.99 up to $16.99. This plan allows HD streaming on two screens at a time and allows videos to be downloaded onto two devices.

This price hike sees the once bargainous streaming service surge to the top of the heap as the most expensive. It's standard subscription is now $4 more per month, than the same from its closest competitor.

At launch in 2015 Netflix's standard package price was just $9.99 per month. When the price rise takes effect in December it will represent a whopping 70 per cent increase from that original launch price. 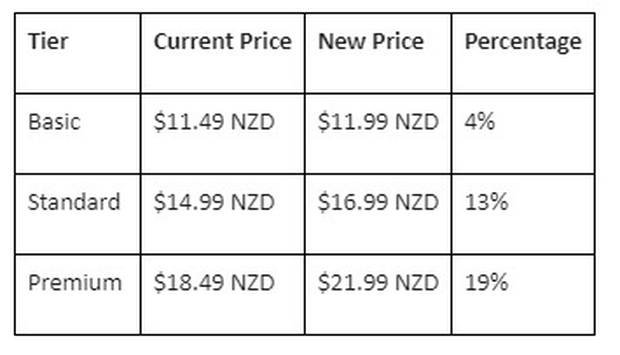 In the email Netflix justified jacking up the fee by first asking, 'Why?' then answering with, "Because we're hard at work improving Netflix so that you can have even more great TV shows and movies to enjoy.".

In comparison, a subscription to Spark's Lightbox platform, home of premium heavy hitters like The Handmaid's Tale and Mr Robot, is only $12.99 per month, although movies are only offered via online rental.

Meanwhile, Sky's Neon, which offers blockbuster movies like A Star is Born and Bohemian Rhapsody as well as premium TV shows like Game of Thrones, Watchmen and His Dark Materials, is now a mere $11.99 per month, following a dramatic price cut in September.

Competition in the streaming space is also due to heat up considerably next Tuesday when Disney's long-awaited and much-anticipated service Disney+ platform launches.

With an aggressively priced monthly fee of $9.99, a comprehensive range of Disney classics and the much-hyped new Star Wars TV series The Mandalorian it's an attractive proposition that will no doubt tempt many away from Netflix.

In light of its local rivals cheaper prices and the arrival of a major -and majorly affordable - international competitor, it seems an odd time for Netflix to once again hike up its subscription cost.