The fill-in for Alison Pugh while she is on maternity leave was announced this morning.

Nadine Chalmers-Ross, currently employed as a fill-in presenter on the show, has been confirmed as Breakfast's new co-host from Monday.

The Herald understands this is the third time Chalmers-Ross has applied for the position alongside Rawdon Christie on the morning chat and news show.

In a statement, Chalmers-Ross said she was used to the 3am starts the job demanded and she hoped to "do her and the team proud".

"I'm really looking forward to stepping in as co-host on Breakfast while Ali is away. It feels very natural as I've been part of the Breakfast family for many years now.

"I love the team and I'm all too familiar with setting my alarm for 3am."

Pugh is expecting her first child with Jo Barus and is returning to her hometown of Christchurch for the birth.

"I'm sad to be leaving but Nadine will do an amazing job. I look forward to watching the show from the comfort of my living room for the next wee while," Pugh said. 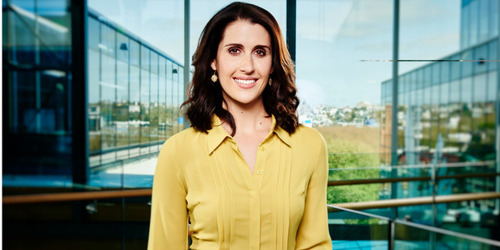