Two of Shortland Street's darlings are returning to the series after more than 12 years away.

Karl Burnett and Claire Chitham, known for playing the Street's loveable Nick and Waverley, are returning for the show's upcoming 25th anniversary. 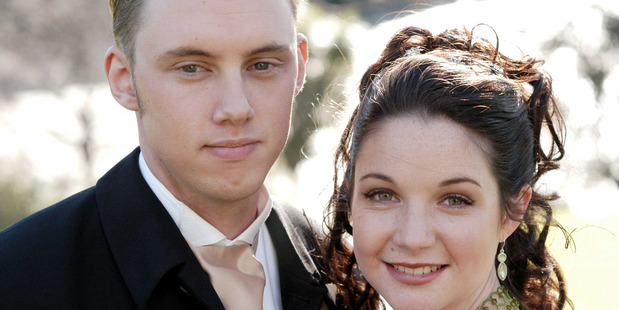 The pair will appear in an upcoming feature-length episode and while the plot points are obviously being kept under wraps, the pair have been vocal about what it's like to be back.

Chitham told Fairfax it was a "weird" experience, like "being asked to have sex with an ex".

"It's like an ex that you still quite like and it didn't end badly, but you kind of both go back into your old thought patterns around that situation - and that's as weird as it sounds," she said. Nick and Waverley's family will be all grown up. Photo / Supplied

The pair are just two past cast members expected to return for the anniversary special, with speculation running rife over who might join them in their return.

Shorty expats include the likes of Martin Henderson, Karl Urban, Danielle Cormack, Marton Csokas, Frankie Adams, KJ Apa and Kimberley Crossman - all of whom have gone on to successful careers at home and abroad.

Temuera Morrison is also a likely contender to return, with the opportunity to reprise his famous role of Dr Hone Ropata looking too good to pass up.

The 25th Anniversary special will hit Kiwi TV screens on May 25.