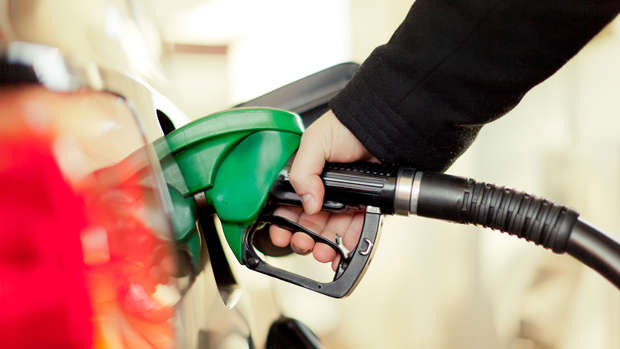 Are you paying more than $2 a litre for 91 octane petrol at your local station? How do prices at your pump compare to other stations up and down the country?

On the day petrol prices climbed to new heights in New Zealand the Herald asked NZME staffers across the country to send photos of prices at the pump in their towns and cities to see how they fared.

The unscientific survey received more than 100 responses and was enacted after fuel prices hit $2.30 at some stations yesterday - the most it has ever cost in NZ. Consumer New Zealand says record high petrol prices could backfire on fuel companies if nothing is done to bring them down.

Meanwhile, the Automobile Association (AA) is urging the Government to cut 10c of tax off the price per litre immediately.

The Herald survey followed confirmation from AA figures that showed the price of 91 has risen by nearly 20 cents a litre since January, when it was $2.12 a litre.

As many as 13 petrol stations were selling 91 octane for $2.29 per litre and were mainly in the South Island.

The cheapest of all was Gull Rotorua which was selling 91 for $1.93 per litre, one of only four stations in the survey selling fuel for under $2 a litre.

AA's Mark Stockdale said the Government had the power to bring prices down.

Taxes, including a nearly 60c per litre excise, made up a large chunk of fuel prices, something many motorists may not realise, he said.

Stockdale wanted the Government to stop charging GST on fuel excise, a move which would see prices drop 10c a litre immediately.

Asked if the Government would look at the fuel taxes in light of the increase, Finance Minister Grant Robertson said the focus was ensuring anti-competitive behaviour was not contributing to ratcheting up the price.

Consumer New Zealand (CNZ) warned record high petrol prices could backfire on fuel companies if nothing is done to bring them down.

"Prices going up so strongly is not good from a consumer perspective, but it might encourage people to think differently about their transport."

Chetwin was in favour of the proposal to investigate collusion among petrol companies. 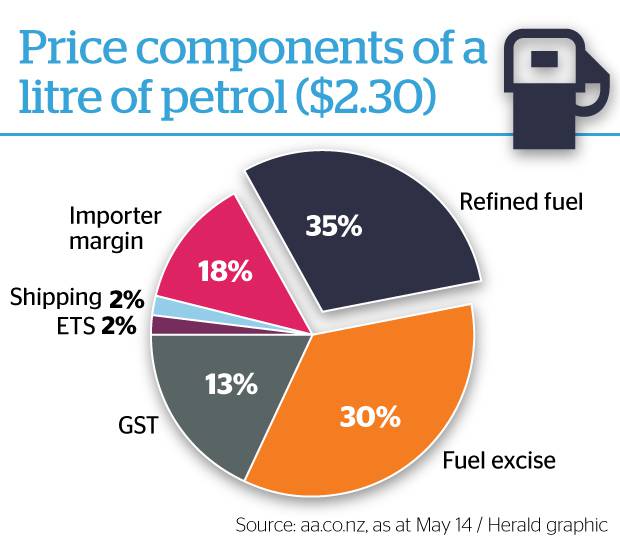 Z Energy spokeswoman Sheena Thomas told NZME the price rise was justified and largely driven by a rise in prices on the international market.

She said international increases got passed on to customers.

Z's profit margin was around 5 cents a litre, after it paid expenses such as wages and electricity.

Thomas said not much could be done to decrease the price at the pump without international prices easing.

There's not much you can do about fluctuating global oil prices. One thing we can address is there's quite a regional variation across New Zealand."

The so-called "Gull effect" (cheaper petrol in areas where there was a Gull petrol station) could be spread further across the country if Gull was able to get access to fuel terminals in the lower North and South Islands, he said.

Shirley criticised the Government's regional fuel tax, which will add 11.5c a litre to fuel for Auckland motorists from July 1, calling the policy "nonsense".