The Queen held a minute's silence at Buckingham Palace to remember those killed and injured in the terror attack after Ariana Grande's concert in Manchester.

She stood solemnly with her husband Prince Philip by her side as she led the thousands of guests at her Buckingham Palace garden party in the tribute, the reports Daily Mail .

In a strongly-worded message, released by Buckingham Palace, the monarch expressed her "shock" at the deadly attack that killed or injured dozens "adults and children who had just been enjoying a concert".

"The whole nation has been shocked by the death and injury in Manchester last night of so many people, adults and children, who had just been enjoying a concert," she said in a statement. 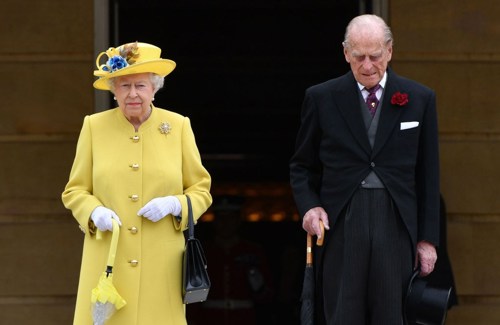 "I know I speak for everyone in expressing my deepest sympathy to all who have been affected by this dreadful event and especially to the families and friends of those who have died or were injured.

"I want to thank all the members of the emergency services, who have responded with such professionalism and care.

"And I would like to express my admiration for the way the people of Manchester have responded, with humanity and compassion, to this act of barbarity."

Kensington Palace also issued a statement on behalf of the Duke and Duchess of Cambridge, and Prince Harry in which they said the people of Manchester were an "example to the world".

"Hundreds of friends, parents, children, and partners are confronting unimaginable grief today, and we send our thoughts to them all," they said.

The statement added: "We also send our thanks to the people of Manchester for their display of strength, decency, and community that is an example to the world."

At least 22 are dead plus the attacker. Some 59 were wounded, with fears of more casualties.