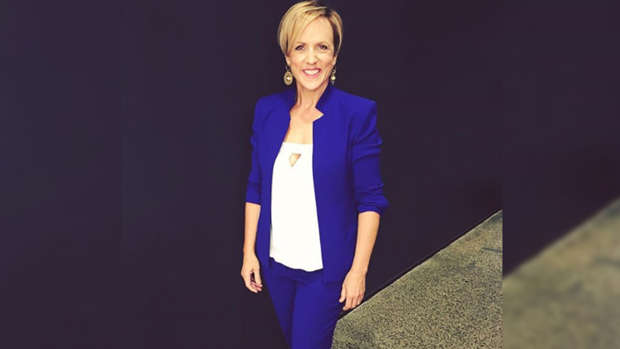 Barry was conspicuously missing from Friday night's broadcast with covering presenter Carolyn Robinson telling viewers her disappearance was due to "unfortunate" circumstances.

"We received a call from our Hilary late last night. Now she was in the A&E getting an X-ray after rolling her ankle and it turns out poor Hilary has broken that said ankle," Robinson said on Seven Sharp last night.

Barry was in a cast and recuperating at home, but had an important message for viewers, Robinson said.

"She wants us to know, not a drop of alcohol passed her lips."

Photos supplied to TVNZ showed a cast up to Barry's knee, while she hobbled on crutches albeit with a large grin on her face.

Another, pre-cast, showed a puffy ankle.

Watch the video below and see the images.