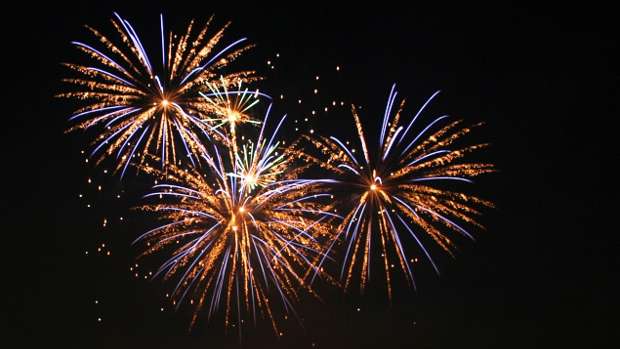 Fireworks. They can be beautiful, but they are also loud and dangerous – but should they be banned in New Zealand?

That is the debate raging at the moment.

The Guy Fawkes mayhem started in earnest last weekend, with reports of people shooting fireworks out of cars and aiming them at buildings and vegetation.

Fire and Emergency's national adviser on fire risk management Peter Gallagher said firefighters attended 41 fireworks-related incidents across the country over the weekend, up from 38 incidents at the same time last year.

"We are disappointed that in a small number of incidents reported, people shot fireworks from cars or aimed them towards vegetation and buildings," he said.

Fire and Emergency NZ warned that with Guy Fawkes falling mid-week it expected three periods of heavy use: November 2, November 5 and November 8-9.

High winds and high temperatures have added to the fire risk, with a complete fire and fireworks ban for the past three days in Central Otago and Southland.

The ban will be lifted tomorrow morning but people still need to take care, Fire and Emergency NZ says.

Auckland Council says no public events are planned for Guy Fawkes night, although public displays are planned at The Trusts Arena in Henderson and at the Waikaraka Park Speedway on Saturday night.

"Fireworks can still be let off on private property, but they are banned in public places [such as parks and beaches] across the whole of Auckland," the council said.

That leaves most people expected to hold their own backyard fireworks parties, with risks heightened by warm, dry weather over most of the country.

Animal lovers, in particular, will be bracing for tonight's festivities, with Auckland Zoo asking people in surrounding suburbs not to let fireworks off randomly to avoid terrifying the animals.

The Warehouse and Crackerjack still sell fireworks along with pop-up stores that have opened over the weekend.

A spokesman for Environment minister David Parker said changing regulations around fireworks was not on the Government's agenda.

The Government says it currently has no plans to change the law around fireworks.