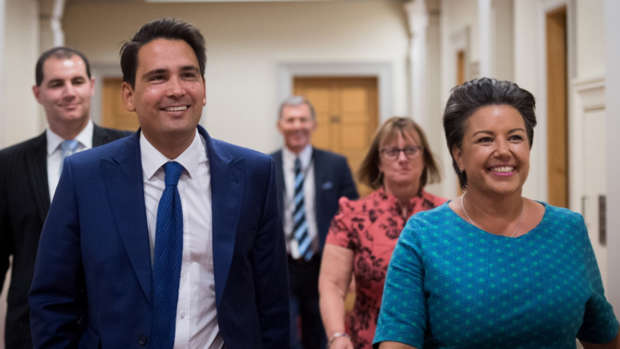 Simon Bridges has been announced as the new leader of the National Party.

On his personal account, the new party leader wrote:

"I'm honoured to be elected as NZ National Party Leader today - it's an enormous privilege."

I'm honoured to be elected as @NZNationalParty Leader today - it's an enormous privilege. My focus will be on presenting an ambitious and strong alternative Government heading into 2020. https://t.co/IHUNNviae1

Simon Bridges, 41, has said his "focus as Leader will be ensuring we build on those policies to improve the lives of New Zealanders.

"Our caucus has an incredible depth of talent and abundant energy which is why we continue to enjoy so much support. New Zealanders believe in our vision for New Zealand and in our team.
"My job as Leader will be to hold the Jacinda Ardern-Winston Peters coalition to account.

"Their Government is big on lofty intentions, but struggling to turn that into real gains for New Zealanders.

"That’s why we will continue to present an ambitious and strong alternative Government, heading into 2020."
Paula Bennett remains the party's deputy.
This article was first published on NZ Herald and is republished here with permission. Additional reporting by The Hits.