Diane Hall holds the workboots of her husband Jake, who died from suicide in 2014.

Empty shoes symbolising those lost to suicide are making their way around the country.

Exactly 579 shoes, a pair for every person who died from suicide in 2016, are being set up in Auckland, Invercargill, and Whangarei over the weekend.

Two sets were blessed on Saturday, one at Cape Reinga and one in Bluff.

The footwear will travel around the country before ending up on Parliament's steps on September 10. A public meeting will be held the day after for bereaved families to talk about the change they want to see in the presence of politicians.

The North and South Island collections have shoes for eight children aged 10 to 14, 51 teenagers, 419 adults and 101 older adults over sixty who lost their lives. Farmers and farm workers are represented by 17 gumboots and 70 per cent are men's shoes. 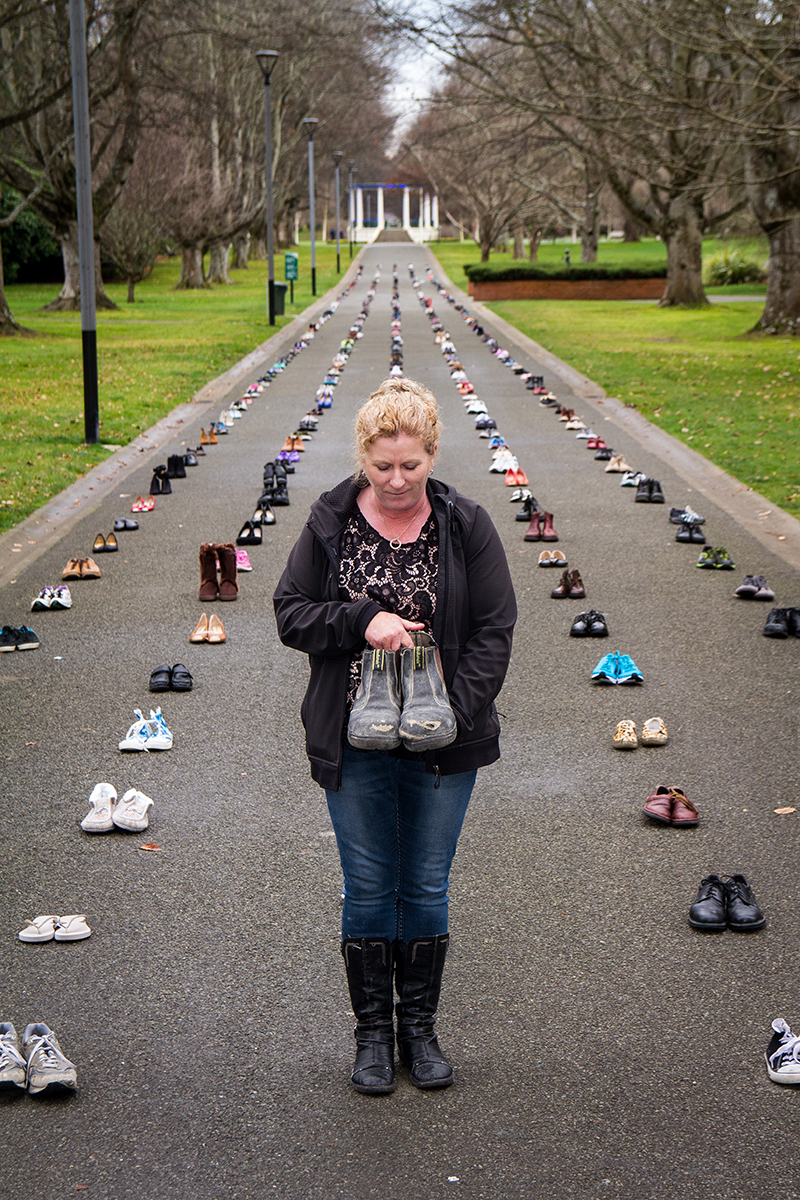 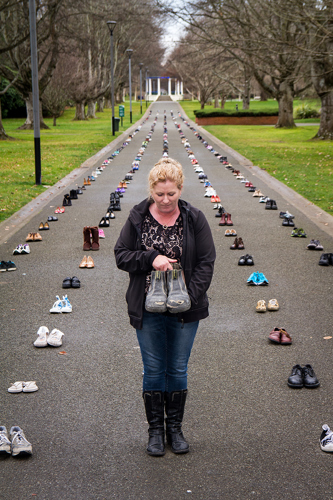 In each town, a bereaved local will share a personal story about loss and the hope they have for a change in government policy.

Each speaker will hold a pair of their loved one's shoes.

Two bereaved New Zealanders are supporting families in each island.

Jane Stevens, from Waikato, is supporting the North Island events. Her son Nicky, 21, went missing from a mental health inpatient unit on March 9, 2015. His body was found three days later.

Diane Hill, from Nelson, is supporting the South Island events. She lost her husband Jake, 45, in 2014.

She says her husband, "a typical bloke" who worked up until his death, was also let down by an underfunded mental health system.